An autonomous truck filled with 50,000 cans of beer has completed a 120 mile-long journey in the USA, something the company behind it is claiming to be a world first.

Otto, the Uber-owned company that produced the vehicle, partnered with American brewing company Anheuser-Busch to complete what it claims to be the world's first commercial shipment by a self-driving truck.

On 20 October 2016, the vehicle hauled a fully loaded trailer of Budweiser beer for more than 120 miles (193 kilometres) from Fort Collins in Colorado through to Colorado Springs.

"The incredible success of this pilot shipment is an example of what is possible when you deploy self-driving technology," said Otto co-founder Lior Ron.

"By embracing this technology, both organisations are actively contributing to the creation of a safer and more efficient transportation network."

Like most autonomous vehicle testing, a professional driver was in the vehicle for backup. But the truck functioned entirely on its own without any driver intervention for the full route.

Otto was founded by a team of ex-Google employees earlier this year with the aim of bringing self-driving technology to trucks.

It was recently purchased by taxi app Uber, and together the companies aim to develop a functioning self-driving freight system in the near future. 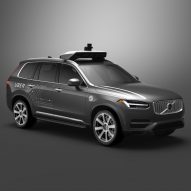 Uber's self-driving taxis to arrive in the US this month

This is the latest partnership in Uber's mission for self-driving vehicles, with CEO Travis Kalanick previously stating that such collaborations were "crucial" to the company's self-driving strategy as it has no experience making cars.

In August, the company announced that it had partnered with Volvo to bring a fleet of self-driving taxis to the streets of Pittsburgh.

Although self-driving cars are fast becoming a reality, the technology is still being refined. An accident report recently revealed that one of Google's self-driving vehicles had collided with a public bus in Mountain View, California – soon after it became the first non-human to be recognised as a driver in the US.