Google's self-driving car system has been officially recognised as a driver in the US, paving the way for the legalisation of autonomous vehicles.

Google asked the US National Highway Traffic Safety Administration (NHTSA) for clarification on its self-driving vehicles, after the US announced plans to increase the number of driverless cars on its roads.

The government agency said that it would classify Google's artificial intelligence system as the driver of its cars.

The move is seen as a first step towards changing the law for cars that have "no need for a human driver", so that they can meet safety standards for driving on public roads without a steering wheel or conventional brake pedal.

"NHTSA will interpret 'driver' in the context of Google's described motor vehicle design as referring to the self-driving system, and not to any of the vehicle occupants," explained the government agency in a letter, which has now been published online.

"We agree with Google its [self-driving vehicle] will not have a 'driver' in the traditional sense that vehicles have had drivers during the last more than one hundred years."

The agency said that no human occupant of Google's self-driving vehicle could meet the current definition of a "driver" in current US law, due to the car's design.

"Even if it were possible for a human occupant to determine the location of Google's steering control system, and sit 'immediately behind' it, that human occupant would not be capable of actually driving the vehicle as described by Google," said the NHTSA.

"If no human occupant of the vehicle can actually drive the vehicle, it is more reasonable to identify the 'driver' as whatever (as opposed to whoever) is doing the driving."

The recognition of Google's autonomous computer as a driver could form the legal basis for establishing liability in the event of accidents involving self-driving cars – a major obstacle in getting the cars insured for driving on public roads.

Last month the US Department of Transportation unveiled a plan to eradicate accidents on American roads by increasing the number of autonomous vehicles.

This included a timeline to produce updated guidelines for all state policy makers in an effort to standardise legislation on the technology, which currently differs from one US region to the next. 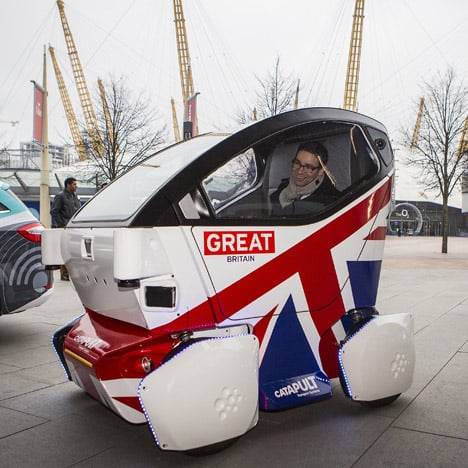 "Automated vehicles promise to move people and goods more efficiently than we are moving them today," he said.

Billionaire Tesla founder Elon Musk recently said the act of driving is too dangerous for humans and will be outlawed as soon as self-driving cars are proven to be safer. According to Musk, his company's electric vehicles will be fully autonomous within two years.

The US isn't the only country moving towards an automated future. The UK unveiled a self-driving "pod" and announced regulations for testing automated vehicles on British roads last year.

UK transport chiefs are now trying to convince Google to trial its driverless vehicles in London.

If Google agrees, the trial would see the technology company's fleet of driverless cars tested outside of the US for the first time.

The UK government has also announced an investment of £20 million in eight driverless car projects.