Australian studio Biasol has designed a marble interior for an espresso and cocktail bar in London's historic Royal Exchange building.

The Grade-1 listed Royal Exchange, founded in the 16th century, was London's first building for trading goods and, later, stocks.

Remodelled in 2001 by architects Aukett Fitzroy Robinson, it is now home to an array of luxury boutique shops and dining options, including this outpost of the British chain Grind & Co.

Biasol worked with a local heritage body to understand the rich history of the space and to ensure its original features were respected.

"This project presented us with a truly unique site in one of London's most recognisable architectural treasures," said Biasol. "It was so important that our approach and the aesthetic respected the Royal Exchange's history."

The building has been destroyed by fire and rebuilt twice. The space now occupied by Grind & Co has had a number of incarnations and was most recently used as a tea shop.

To emphasise the grandeur of the space, Biasol used Carrara marble bar tops and wall tiles that mimic the arrangement of the herringbone parquet flooring.

They fitted brass elements such as foot rails, table legs and shelves, creating a minimalist interior.

A white neon sign reading "can't buy me love" behind the bar is one of the boldest details in the space.

"This project is really built on the details – every element from the custom brass-rod display shelving behind the bar to the amazing herringbone timber floor that has lasted over a century has been carefully considered," said Biasol.

"And the playful irony of the neon artwork 'can't buy me love' gives it an underlying sense of fun."

Biasol has previously collaborated with Grind & Co on the interiors of their other branches across London, including Soho, Shoreditch and Covent Garden.

"In contrast to the other Grind & Co. venues, the marble counter and service area in this fit-out read more as a bar than a cafe," said the architects.

Founded in 2012 by Jean-Pierre Biasol, the studio has also converted a disused Australian prison into a pastel-coloured cafe and designed a restaurant in Melbourne with individual dining areas housed beneath pitched roofs. 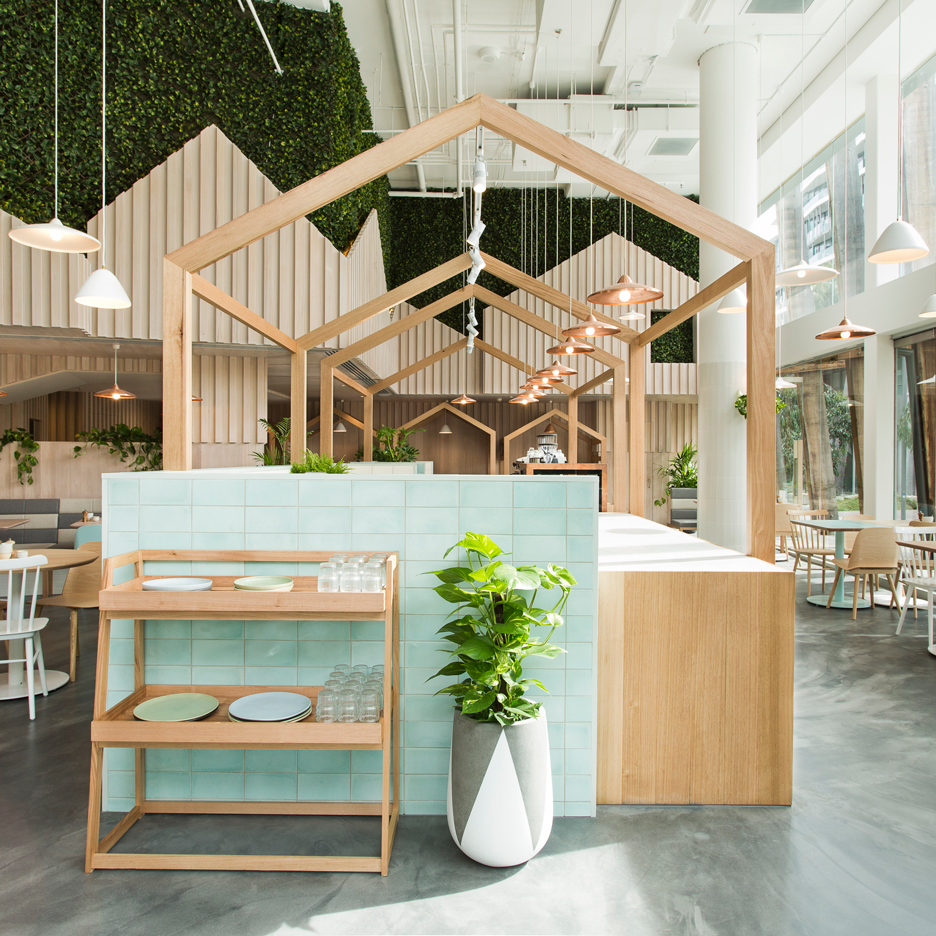 Photography is by Paul-Winch Furness