Colour company Pantone has revealed a zesty shade of green as its colour of the year for 2017.

The colour, named Greenery, is described by Pantone as a "tangy yellow-green" often seen in foliage.

"Bringing forth a refreshing take, Greenery is a tangy yellow-green that speaks to our need to explore, experiment and reinvent," said Pantone.

"Illustrative of flourishing foliage, the fertile attributes of Greenery signals one to take a deep breath, oxygenate and reinvigorate."

Greenery – or Pantone 15-0343 – was already mentioned in the institute's top 10 colours for the fashion industry in spring 2017, released back in September.

In an interview with the New York Times, executive director of the Pantone Color Institute Leatrice Eiseman said the choice was made in response to a "stressful and tense world". 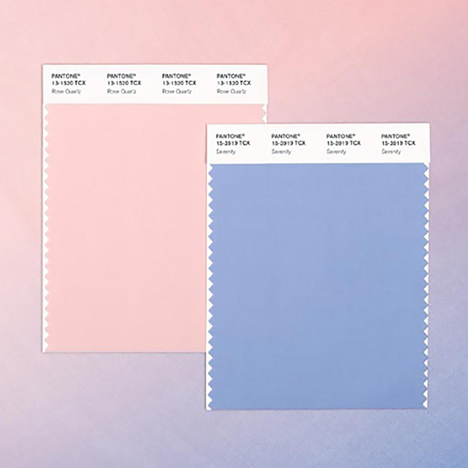 "We know what kind of world we are living in – one that is very stressful and very tense," she said. "This is the colour of hopefulness, and of our connection to nature."

"It speaks to what we call the 're-words' – regenerate, refresh, revitalise, renew," she added. "Every spring we enter a new cycle and new shoots come from the ground. It is something life-affirming to look forward to."

The Pantone Colour Institute advises the fashion, product, interiors and packaging design industries on the use of colour in design. It has has been choosing a colour of the year since 1999.

Similar to the choice of Greenery, previous colours of the year have tended towards the bolder end of the spectrum, with the brownish-red Marsala colour of the year for 2015 and the purply pink Radiant Orchid announced for 2014.