The future of photography is in 360 degrees according to British photographer Rod Edwards, who has created immersive views of Herzog & de Meuron's new extension to the Tate Modern gallery.

Rod Edwards has produced six 360-degree views of the Switch House, which opened this year in London, including one at the building's entrance and one from the 10th-floor viewing platform.

The photographer has also created a webpage where these can be viewed full screen. They can be experienced in virtual reality using a headset like Google Cardboard.

"360-degree imagery is the future, and the future is here now if you want to take advantage of it," said Edwards.

"It is becoming mainstream, so these are exciting times," he continued.

"It is fast developing with VR and becoming ubiquitous. Even Getty Images has a 360-degree stock photography department, while Facebook and YouTube both support 360-degree photos and videos, and other social media sites are set to follow."

Edwards spent two days at Tate Modern to plan the shoot and take all the photographs.

He used a Canon DSLR camera to capture his high-resolution images, as well as a fisheye lens and a panoramic tripod. This allowed him to rotate the camera in precise increments of 60 degrees.

He then manually stitched together each image into a "spherical" using various computer programs, including Adobe Lightroom and Photoshop – a process that took approximately four hours per view.

"I consider myself to be a digital multimedia artist who paints light with pixels," explained the photographer.

"I wanted to offer something different to my clients to stand out from the competition," he continued. "I endeavour to capture the sense of light and space, the atmosphere, as well as the intricate detail and design that architects have taken such great care to create."

Edwards believes the process recreates the "photographic craftsmanship" of shooting with a large-format, analogue camera.

"When I used to shoot traditional large-format photographs, there was always an element of 'black magic' in capturing the image on transparency film, but much of this photographic craftsmanship has now been lost," he said.

"But manually shooting 360s requires the same disciplines, as you don't actually see the final image until it is stitched and processed."

The first of Edwards' 360-degree views is taken outside the new entrance to Tate Modern. It shows the 64.5-metre-high tower, which features an exterior of latticed brickwork and folded surfaces, as well as surrounding buildings.

The other five views show the spaces inside the building. One reveals the inside of The Tanks – the new spaces for performance art –while three of the others show the building's various staircases.

"The staircases are an important architectural part of the Switch House," said Edwards. "They are like sculptures."

"I'd seen professional photographs of these features but, since they are limited to two dimensions, they fail to communicate to me in the way that 360-degree imagery can."

The final view is taken from the controversial balcony, which has prompted a row between the gallery and residents of the neighbouring Neo Bankside, as it provides views into their private apartments.

Edwards predicts that 360-degree photography will continue to grow in popularity, and claims its is far superior to 360-degree film.

"360-degree stills imagery is a relatively mature media and already photo-quality realistic, so it has enormous advantages over lower quality 360-degree video and computer-generated imagery, both of which are still very much in their infancy," he added. 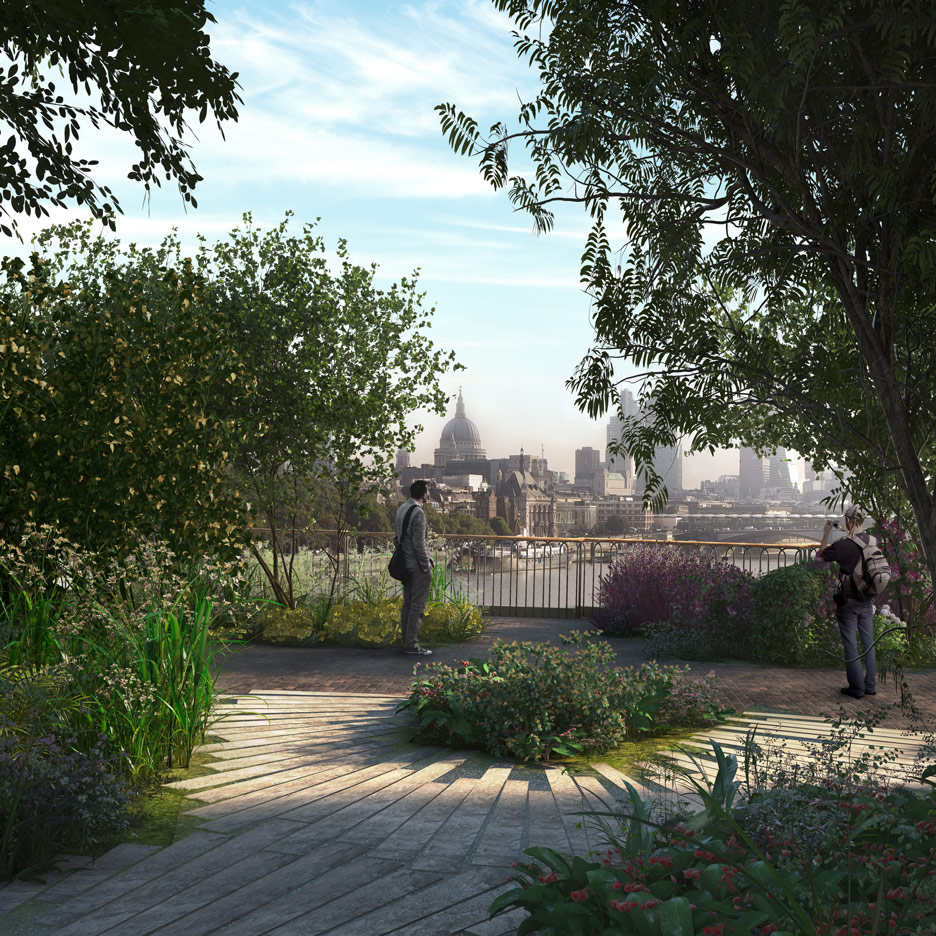