These "biobots" developed by a research team at North Carolina State University could map out areas or collapsed buildings in the wake of a disaster.

Edgar Lobaton and Alper Bozkurt's project equips cockroaches with sensors and takes advantages of their frenetic natural movement to map out hard-to-reach areas.

They propose deploying the robotic insects by unmanned aerial vehicle (UAV), which would transport a swarm of them to the necessary location.

Once released into the area, the cyborgs use their attached sensors to map the surrounding environment.

Their data would then be translated, via software also developed by the university, into a rough map of the terrain.

To make sure the cyborgs don't go wandering off, the insects could be restricted from moving more than 20 metres away from the drone by a radio beacon.

Larger areas would be mapped piecemeal, with the UAV waiting for the insects to map smaller sections before moving onto the next one.

Full maps would then be created by putting together the data from each area. The aim of the technology is to help first responders navigate what would previously have been an unknown environment.

"This has utility for areas – like collapsed buildings – where GPS can't be used," said Lobaton, assistant professor of electrical and computer engineering at the university.

"A strong radio signal from the UAV could penetrate to a certain extent into a collapsed building, keeping the biobot swarm contained," he added. "As long as we can get a signal from any part of the swarm, we are able to retrieve data on what the rest of the swarm is doing."

Previously biobots had only been used to map out small areas, but the university's recent work may allow the technology to be scaled up to create much larger maps. 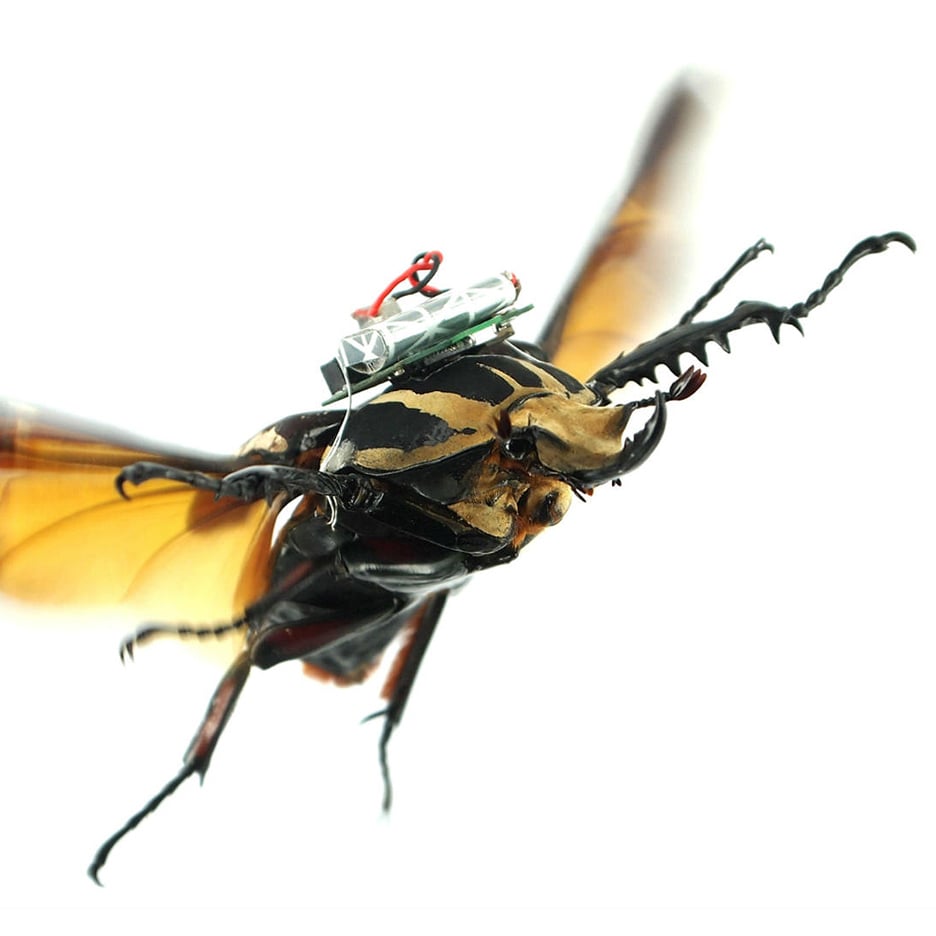 The project builds on previous research around remotely controlling beetles by connecting them to microchip backpacks.

Insect behaviour has informed a number of robotic projects that don't use real bugs. Harvard University researchers developed termite-like robots that could build structures as well as tiny devices that mimic the movements of a fly's wings.