A group of engineers and scientists has come up with a way to remotely control insects, which they believe could provide an "improved alternative to remote-controlled drones".

The teams from Nanyang Technological University in Singapore and the University of California Berkley created the insect-computer hybrid robot using a living beetle.

They believe the invention could replace some drones, as the beetles would be far more agile and require no engineering to keep them in the air.

"Unlike manmade legged robots – for which many tiny parts, sensors and actuators are manufactured, assembled and integrated – the insect-computer hybrid robots directly use living insects as nature's readymade robot platforms," the researchers published in a journal paper.

They inserted electrodes at specific parts of the beetles' legs, optic lobes and flight muscles which – when triggered by a radio signal – make the insects walk at a specific rate, take off, hover in the air, and turn right or left.

The electrodes are connected to microchip backpacks, which consist of a processor and a lithium battery. The packs are strapped onto the beetles using organic beeswax, which allow them to be easily removed.

"Different walking gaits were performed by reordering the applied stimulation signals," said the team. "By varying the duration of the stimulation sequences, we successfully controlled the step frequency and hence the beetle's walking speed."

"To the best of our knowledge, this paper presents the first demonstration of living insect locomotion control with a user-adjustable walking gait, step length and walking speed," they added.

Drones, or unmanned aerial vehicles, are becoming increasingly prolific. Their current and proposed uses include everything from photography and filming, to delivery and emergency services, as well as for military, transport and construction purposes.

But there has been a backlash against the technology, with concerns raised about surveillance and safety risks. The UK called for stricter rules on drone management last year, while London police are considering using trained eagles to grab the vehicles from the sky following a rise in unmanned aircraft crime. 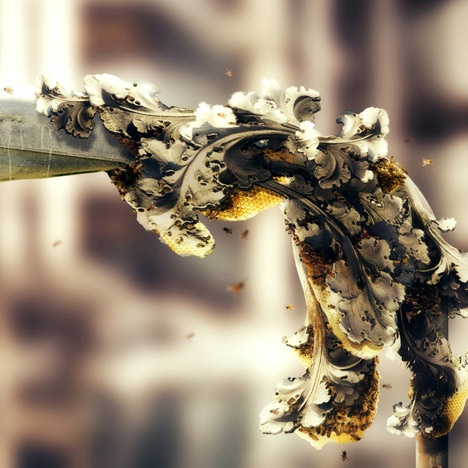 Assistant professor Hirotaka Sato from the NTU Singapore's School of Mechanical and Aerospace Engineering believes that the drone beetles could be used to search collapsed buildings and disaster sites.

"This technology could prove to be an improved alternative to remote-controlled drones as it could go into areas which are not accessible before," he told the Telegraph.

"For example, it could be used in search-and-rescue missions as it could go into small nooks and crevices in a collapsed building to locate injured survivors."

Experiments were carried out with Mecynorrhina torquata, or giant flower beetles, which measure and average six centimetres in length and eight grams in weight.

This particular species was chosen for its ability to lift relatively heavy loads, and all the beetles involved in the project went on to live for their usual lifespan of between five and six months.

Images courtesy of the Nanyang Technological University and the University of California Berkeley.