Lego has announced a kit for building and programming robots, designed to encourage a younger generation to learn how to code, at this year's CES tech conference.

Developed for children aged seven and older, the Lego Boost kit allows users to assemble moving toys from a range of programmable elements and the Danish company's iconic plastic bricks.

"We know that children dream of bringing their Lego creations to life, and our chief ambition for Lego Boost is to fulfil that wish," said Lego Group design lead Simon Kent. "Once children build a Lego creation, we give them simple coding tools to 'boost' their models by adding personality."

A block called a Move Hub – a stud-covered brick with a built-in tilt sensor – forms a base component for the robots. It can be paired with a motor, and a sensor that combines colour and distance detection.

The kit comes with all the parts needed to build five different models: Vernie the Robot, Frankie the Cat, the Guitar 4000, the Multi-Tool Rover 4 (M.T.R.4), and the Autobuilder.

A free app provides the building instructions and simple coding commands needed to animate each of the toys.

Designed to mimic the process of building Lego, the interface requires users to link digital coding blocks in a horizontal layout.

The Lego Boost app also includes instructions for adding movement to a builder's custom model. Three "bases" will be available when the product launches: a walking base for making animals, a driving base for building vehicles, and an entrance base for castles, forts or space stations.

"We want children to first and foremost have a fun and limitless play experience, adding the coding opportunity is the means to get there," Kent said.

The kits will be demonstrated during the Consumer Electronics Show (CES) in Las Vegas, which takes place from 5 to 8 January 2017.

Other products debuting at the event include an electric car to rival Tesla, a bike with an inbuilt computer, a hairbrush that scores the quality of hair. 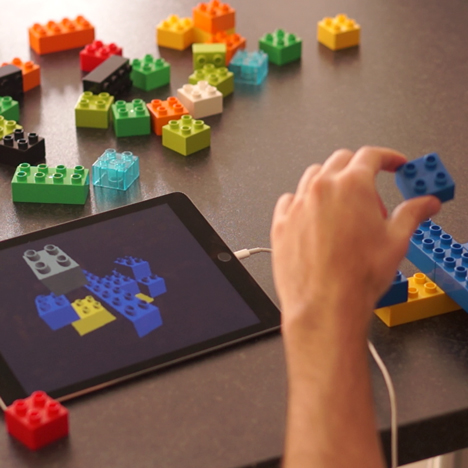