New York firm Present Architecture has overhauled and restored the interiors of a mixed-used building in Portland, Maine, which was damaged by a fire and subsequently left vacant.

The ground floor and basement contain commercial spaces, and a pair of two-bedroom apartments occupy the upper floors. All were overhauled in the aftermath of the blaze.

"The fire presented a clean slate, and the approach was to create a new design aware of the past, but not bound to it," according to the firm.

"Fragments of history were left untouched, like arched doorways, fireplaces, original brickwork, and fire escapes that were converted to balconies for the apartments."

While trying to preserve the building as much as possible, the architects still took some liberties to improve its interior. At the top level, they traced out expansive skylights, basing their profiles on the restored mansard roof outside.

The commercial spaces on the lower level were also revamped, and now include generous storefronts to display merchandise and let more light in.

These contrast with the intricate restored brick and terracotta facade.

A custom steel staircase with light oak treads leads up to the residential units above. "The thin industrial lines of the steel balusters continue along the stair for three stories, casting shadows from the overhead skylights onto the space’s exposed historic brick," said the firm.

The apartment interiors are minimally decorated, with wooden floors and white walls throughout.

The building's exterior geometry defines the interior spaces, as the mansard-roof profiles and the geometric outlines of the structure can be read inside.

The architects remarked that several critical changes occurred behind the scenes.

"Many of the modern improvements are hidden from view, such as new HVAC and utilities, code compliant structural work, and upgraded environmental and life safety systems," they said. 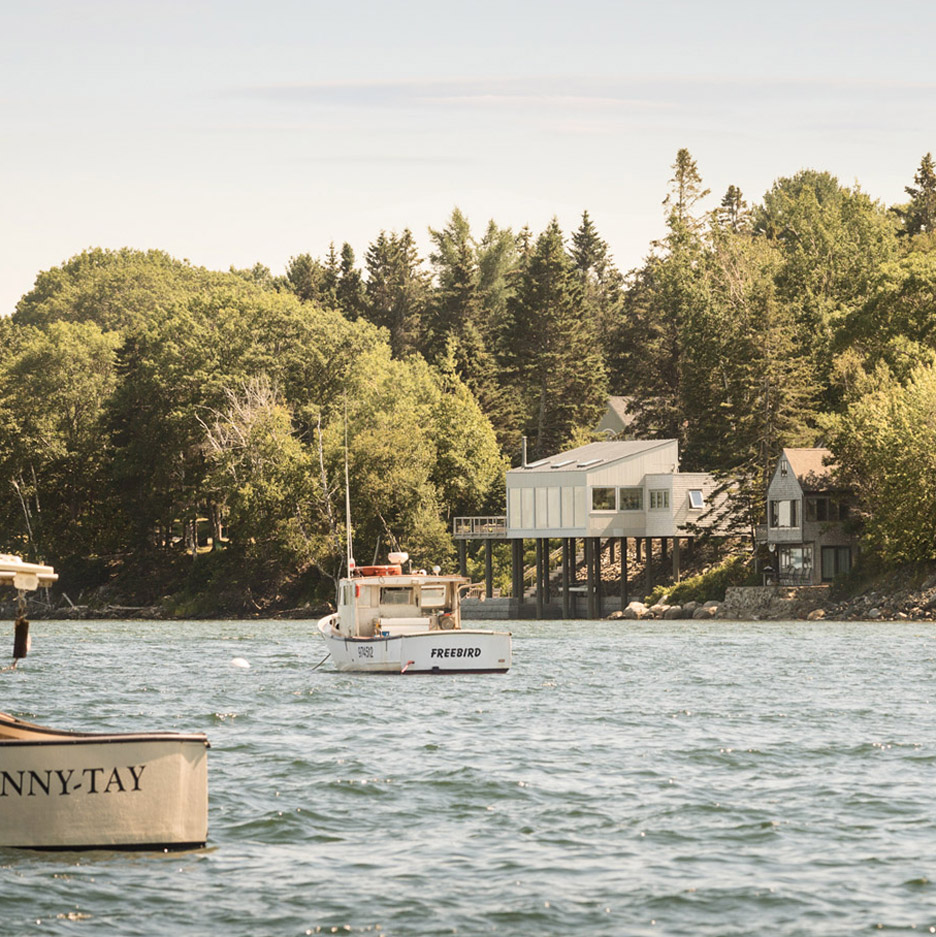 Five of the best houses in Maine on Dezeen

Other projects in Maine include a home on massive pilotis that become submerged at high tide and a trio of gabled volumes linked by boardwalks that form a holiday home by the ocean.

Photography is by Robert Deitchler.