Designers are increasingly responding to global issues such as the refugee crisis and environmental degradation, and showing less interest in frivolous topics, according to the curator of the Design Museum's annual awards programme.

"There is a seriousness in the nominations this year," she said. "Perhaps there's less exuberance, less fun, less innovation for innovation's sake."

"Instead, designers are looking to create cleaner water, purer air, less pollution, less waste. All of these issues seem to be key."

Dezeen is media partner for Beazley Designs of the Year, an annual programme celebrating design that "promotes or delivers change, enables access, extends design practice or captures the spirit of the year".

Design experts nominate projects for a range of categories, including architecture, furniture, product, digital and fashion.

Curtin whittled over 200 nominations down to 70, which are on show at an exhibition at the museum.

A judging panel then selects a winner for each category and an overall winner, which will be announced at a ceremony at the London museum tonight.

The curator said the shortlist marked a shift away from large, statement projects to smaller, community-driven initiatives.

"As well as perhaps being fewer of the bigger showcase projects, there are more smaller-scale projects, where designers are trying to work with local communities, as well as designers trying to find fundamental solutions to smaller issues," Curtin said.

Community-based projects include Assemble's Granby Workshop social enterprise that sells homewares from Liverpool and the Design Museum Dharavi, which celebrates the creative endeavours of a Mumbai neighbourhood that is often termed a slum.

Other projects aim to address health issues, like the online STI testing kit SH:24 and the Design That Saves Lives safety-checking methodology adopted in factories in Bangladesh.

Curtin said the change was down to both nominating experts selecting projects that respond to global issues and designers themselves realising they have the power to initiate change.

"It does seem that projects that were nominated that are seeking answers, or are trying to respond to the events of the past year," Curtin said. "I think our nominators – who are curators, practitioners, academics and so on – are perhaps more aware of this."

"But also, there is a sense that designers have power themselves. They aren't just tools for a client, but they can actually make changes themselves."

Curtin's comments echo statements made by former Design Academy Eindhoven creative director Thomas Widdershoven, who in 2015 talked about a "paradigm shift" among the attitudes of students.

"They used to make collectables for museums," he told Dezeen. "Instead they now go out into the world. Refugees, racial tension, social disconnect, healthcare, media, politics and environmental disaster… they see crisis and they respond to it."

Curtin added that designers seemed less interested in futuristic themes such as explorations with advanced materials and forms, and more interested in reviving approaches and products from the past.

"There do seem to be projects where designers have used their knowhow to redesign things to give them a new life," she said, citing Yves Behar and Kodak's digital take on the Super 8 camera and Scholten & Baijings' tableware made using traditional crafts from the Japanese mountain town of Arita.

"Design is a great tool for communication, and you feel this year that designers have used that tool." 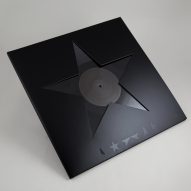 Designs of the Year 2016 nominees announced

More stories about Designs of the Year