CES 2016: Kodak has teamed up with San Francisco designer Yves Behar to relaunch its iconic Super 8 film camera, with an updated design that combines analogue and digital.

The camera was revealed at the CES tech fair in Las Vegas this week, as part of Kodak's Super 8 Revival initiative to bring back the 1960s technology.

"Kodak has always represented innovation that is approachable while delivering the craft of filmmaking," said Behar, whose recent product designs range from a three-in-one portable charger to a cube-shaped set-top box. "Our design aspires to express both these ideals."

"We are designing the hybrid Super 8 camera with robust materials and new ergonomic features to serve the needs of Super 8 fans whether it's shooting action or static scenes," he added. 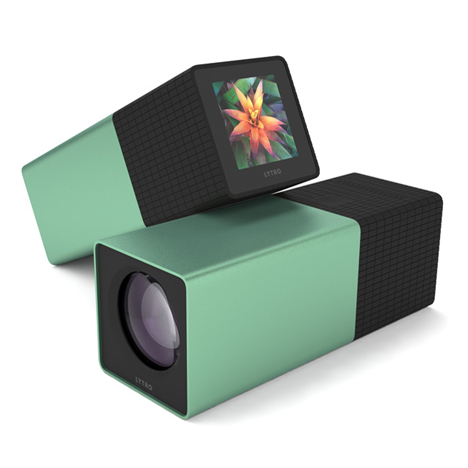 UK launch of camera you focus after shooting

Behar's camera is a pared-back version of earlier models. Images of the prototype show a case shaped like a hip flask, with chamfered edges and the interchangeable lens protruding from one end.

The case is available in a range of colours. One side slides open for removing and replacing the film cassettes, which can be seen through a diamond-shaped hole.

An angled handle on top also incorporates a microphone, located on the end facing the lens. Other new additions include a digital viewfinder, cable connection points and an SD slot.

When the film is processed, users will be given options for digital copies or an eight-millimetre film for displaying the footage from a projector. 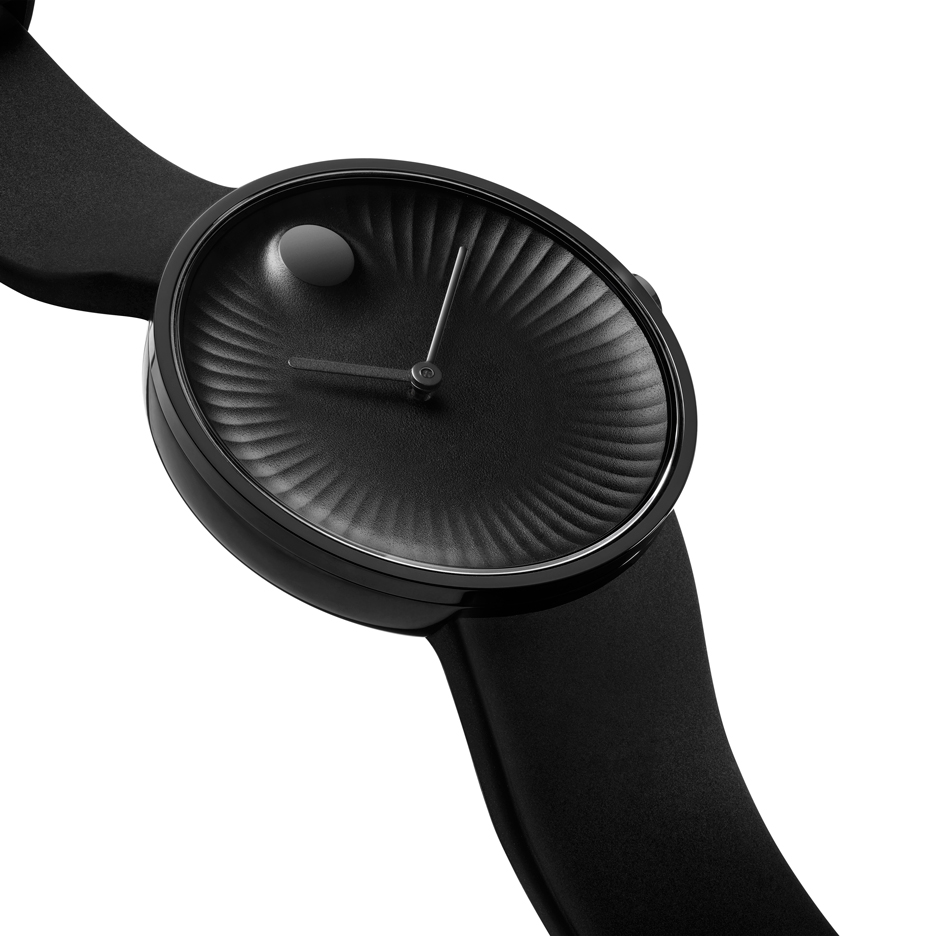 Yves Béhar's Edge is an update on a classic Movado watch

Super 8 film was first launched by Eastman Kodak in 1965. Measuring eight millimetres wide, the film has perforations on only one side. The perforations are smaller than those on older eight-millimetre film, allowing the exposed area to be larger.

Film has recently seen a revival in the production of both home videos and Hollywood blockbusters. Directors including JJ Abrams, Quentin Tarantino and Zack Snyder have all used film to shoot recent movies.

"Just as vinyl is making a comeback in music, film is being embraced by more and more amateur and professional filmmakers who appreciate its subtle, rich qualities," said Eastman Kodak CEO Jeff Clarke. "The new Kodak Super 8 camera draws on our past, while showing a vision for our future."

CES 2016 is taking place from 6 to 9 January. Also launching at the fair is a smart bra that provides its wearer with workout feedback.