For this year's Stockholm furniture fair, a group of students from Helsinki's Aalto University presented a range of chairs made using only three thicknesses of galvanised steel rods.

The project was completed by Furniture Design masters students from the Finnish university, who were given the project during their first module.

The project's name – Under Bar Himmel – derives from the Finnish word Himmeli, which is a traditional Scandinavian decoration made up of geometric shapes.

"The purpose of the exercise was to create light, but strong furniture using the space frame structure," said lecturer Martin Relander.

"The limited number of materials and uniform finish was chosen in order to make the power and possibility of the theme as clear as possible, and to assure that in the end each student found a personal way of expressing his or her talent."

Each student was given four-, five- and eight-millimetre-thick rods to work with.

Working alongside the university's metal workshop specialists, they all created and welded prototypes, before each was coated and galvanised at the Piliroinen Oy factory in Salo.

"There's 12 of us on the course, and each of us had a unique take on the brief," student Anna-Riikka Nuutinen told Dezeen. "We have our own workshop, so we welded them ourselves and worked with the material to test it."

The Under Bar Himmel project was on show at this year's Stockholm Furniture Fair in the Greenhouse area, which showcases emerging designers alongside the work of students and recent graduates.

The Stockholm Furniture and Light Fair continues until 11 February 2017. 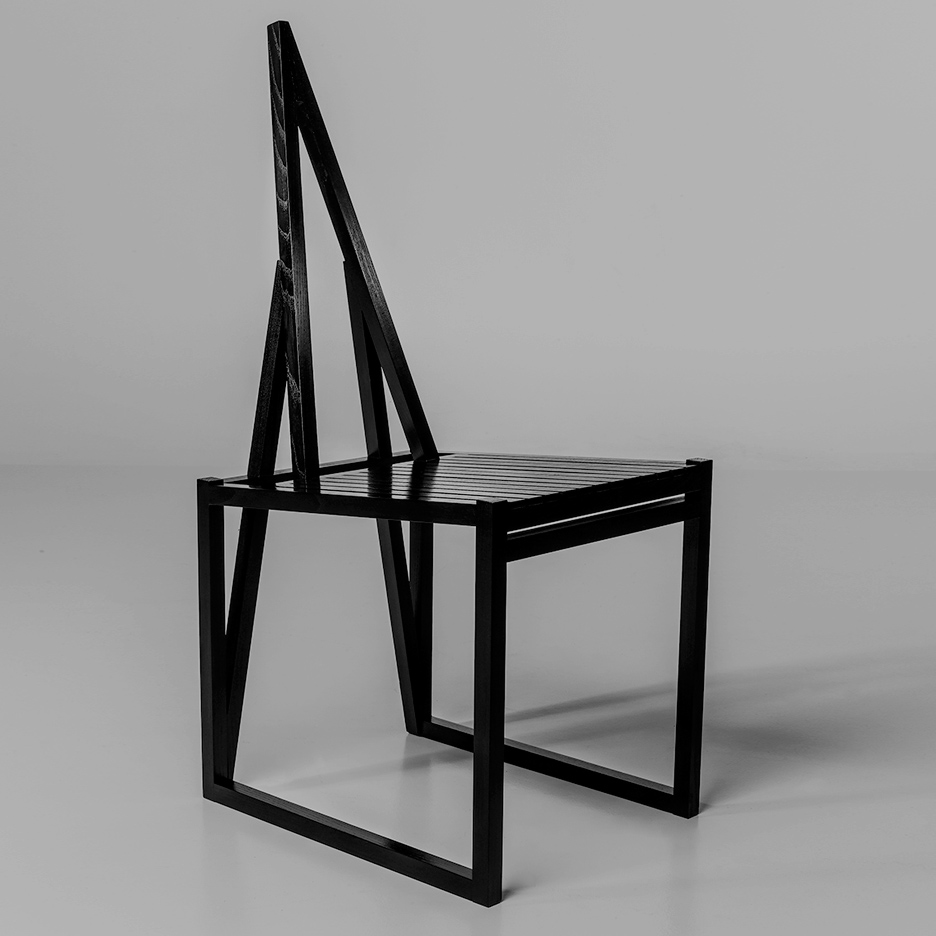