London's V&A has acquired a pink hat with cat-shaped ears, which became a symbol of the Women's March on Washington following Donald Trump's inauguration.

The Pussyhat was acquired through the art and design museum's Rapid Response Collecting programme, with the acquisition announced today to tie in with International Women's Day.

Designed by Jayna Zweiman and Krista Suh, it was intended to be worn by people attending the worldwide marches for women's rights, which took place the day after Trump's inauguration.

Hoping to turn the Women's March into a "sea of pink", Zweiman and Suh devised a simple pattern with pointy ears that would be made from pink wool.

The cat ear detailing was in reference to a recording of Trump released during the election campaign, in which he claimed "to grab [women] by the pussy". 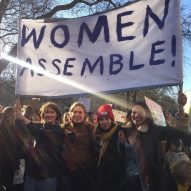 The pattern was then posted online, allowing those marching at the event to make their own knitted hat.

"This modest pink hat is a material thing that through its design enables us to raise questions about our current political and social circumstance," said the Gardner.

"Worn by thousands across the globe on 21 January 2017, the Pussyhat has become an immediately recognisable expression of female solidarity and symbol of the power of collective action."

The V&A is thought to be the first major museum in the world to adopt a rapid response strategy, which is radically different from traditional methods for curating design and manufactured objects.

"The items we collect are evidence of social, political and economic change, and as a group they form a permanent legacy of objects that help visitors and researchers make sense of the world we live in today," said Gardner.

Recently, the museum purchased a number of design objects that it felt "mirrored society" in 2016, including a burkini, a Vote Leave leaflet, a tile from Grayson Perry's holiday house and the flag of the Refugee Olympic Team.

Other items acquired under the scheme so far include a set of false eyelashes by pop star Katy Perry and the first 3D-printed gun. 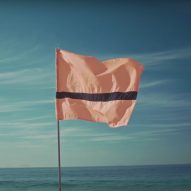