MVRDV has revealed its design for a pair of mixed-use towers in The Hague, which will feature natural stone facades that stagger into wooden outdoor spaces on top.

Located in The Hague's central business district, the Grotius towers will each include over 500 apartments, along with shops and restaurants, and parking on the lower floors.

The Dutch firm designed the buildings to activate the area between the National Library, Literary Museum and Palace of Justice. Their shape is also in line with The Hague's tower guidelines, as set by the municipality, to feature a structure of base, body and crown.

The natural stone facade will change from lighter tones at the bottom to darker hues at the top, where the buildings will stagger into wooden terraces that provide residents on the higher floors with large gardens. 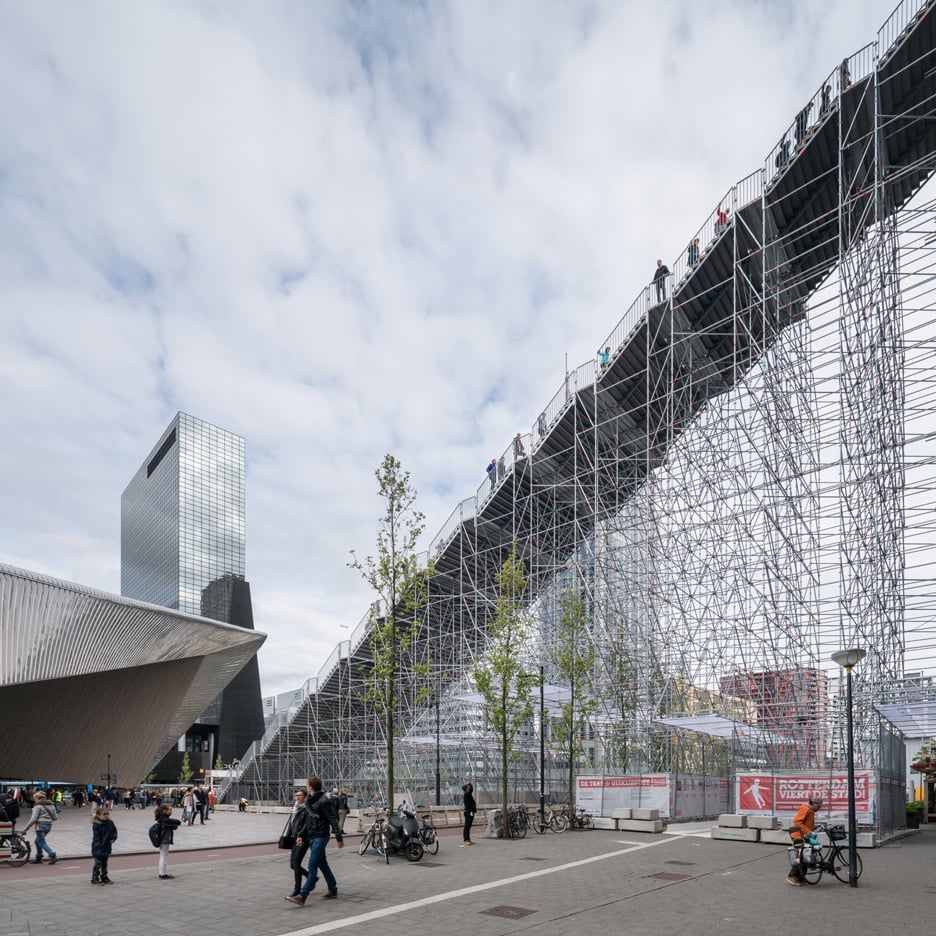 "The project will add critical mass to a currently underused neighbourhood that lacks life at a location that was so far never considered for homes," said MVRDV co-founder Winy Maas, "yet that will provide for a truly urban lifestyle and – from the tenth floor onwards – fabulous views onto the sea towards the north and the skyline of Rotterdam towards the south."

Apartments on the lower floors will also have balconies, but these will be embedded into the facade to provide residents with privacy. Each apartment will also feature large opening that provide generous views and plenty of natural light.

As city's population continues to grow by five per cent each year, the Grotius towers form part of the Municipality of The Hague's strategy to create more homes in the city centre, densify its central business district, and repopulate areas east of the central station.

Construction of the Grotius towers is slated for 2018. MVRDV worked with developer Provast on the project, following the duo's Markthal Rotterdam – a covered food market and housing development shaped like a giant arch.

Other projects planned by the Dutch firm, which came ninth in the inaugural Dezeen Hot List, include a Y-shaped house with a swimming pool cradled into its angular roof in Taiwan and a set of housing blocks that will spell out the word HOME across the site of a former army barracks in Germany. 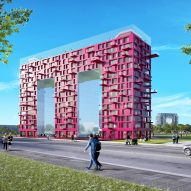