Wiper visited the Wooltex factory in Yorkshire, England, one of several specialist textile mills around Europe that Kvadrat has invested in. His aim was to show the complex process that goes into making its high-end products.

He also photographed the Kvadrat warehouse in Ebletoft, Denmark, where the textiles are shipped when they are finished.

His pictures show colourful threads being pulled through complex weaving devices, seemingly endless lengths of fabric being prepared for delivery, and mounds of fluffy residue.

According to Wiper, the Danish brand has always produced textiles in the UK. But it bought a 49 per cent share in Wooltex in 2011, as the UK company struggled to compete with cheaper manufacturers in other countries.

"As mills closed and were turned into offices and apartments, the market for high-end production of textiles opened up and the knowledge and skill of the manufacturers in the Huddersfield area began to be appreciated once again," said the photographer.

"In 2016, they opened a new dyeing and finishing facility," he continued. "According to Richard Brook, technical director at Wooltex, the biggest challenge they face now is attracting young people to train and work for them, and build up the knowledge needed to continue the craft."

Based in Copenhagen, Wiper specialises in photographs of industrial buildings. In the past, he has visited the Tulip Pork Luncheon Meat factory, Bang & Olufsen's production facilities, and one of the largest slaughterhouses in the world.

This latest project forms part of a collaboration with human-science consultancy ReD Associates.

Kvadrat is best known for its collaborations with some of the world's best-known designers, including Raf Simons, Ronan and Erwan Bouroullec, Doshi Levien and Richard Hutten.

It ranked at number 180 on the inaugural Dezeen Hot List – a countdown of the world's hottest names in architecture and design. 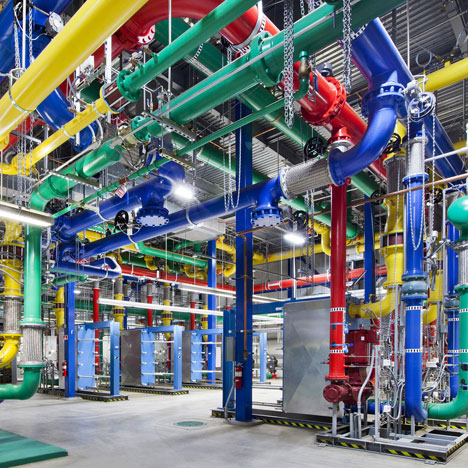 Google offers a glimpse inside its data centres