London designer Philippe Malouin has used an assortment of materials and fabrics to create unusual, colourful screens, which he is presenting inside a neoclassical building in New York.

On show as part of NYCxDesign 2017, Study for Screens is a series of prototypes and experiments that Malouin has created for Swedish furniture brand Hem, after being commissioned to develop a new screen design.

They are presented within the historic interiors of WeWork Bryant Park, a 1902 building by noted New York architects York & Sawyer, which originally served as a Republican club.

Pale pink foam, vibrant blue mesh and dyed green leather are some of the materials that Malouin used to create the screens.

The designer and his team produced a total of 13 screens over a period of just six days – although only six of them are on show at Bryant Park. They also produced a newspaper that shows all 13 ideas.

"This installation is not at all finished products, they are just basically representations of ideas," he told Dezeen.

"If you want to generate ideas it's a very good idea to start making things out of any available material and try to experiment with as many themes ands concepts as you can."

One of the screens is an illuminated arch, acting as both a space divider and an entrance. Described by Malouin as a "giant LED fishing rod", it was made using tent rods and LED tape.

Next to it, a "giant leather beanbag wall" is designed to show a partition can function as a sound barrier.

The others on show include a curved mint-green screen of perforated metal, a wall of ruched black fabric, an upholstered pink sack slung over a frame and a bent panel of green plastic.

"Reductionism, in a lot of these tryouts, was what I was interested in, making more with as little as possible," explained Malouin.

Malouin grew up in Canada, but moved to London after studying at Design Academy Eindhoven in the Netherlands. His past projects include a chair based on a coat hanger and gridded lighting.

To coincide with the exhibition, Dezeen editor-in-chief Marcus Fairs chaired a discussion with Hem founder Petrus Palmér, Brittney Hart of WeWork and Malouin on the future of the workplace.

The film is available to watch here and on Dezeen's Facebook page. 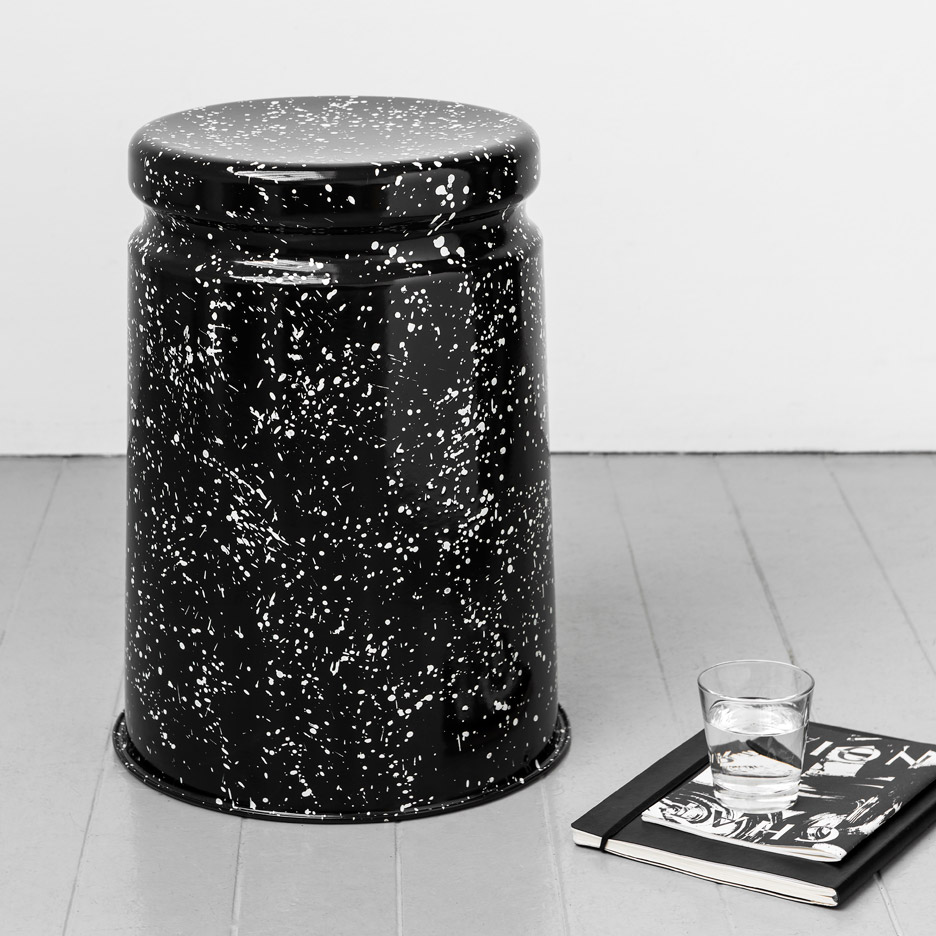 "The motivation for the installation echoes one of WeWork's primary goals – to transform the idea of the traditional work space into a platform that is responsive to the professional needs and stylistic preferences of today’s mobile, creative, and entrepreneurial workforce," said Brittney Hart, who is head of interior design for WeWork.