The French brand's sculptural designs for fires, chimneys and barbecues come in 65 varying styles, including its most popular suspended Gyrofocus – the first 360-degree pivoting fireplace – which features a rounded body that tapers into an elongated chimney.

The available styles of stove vary from a curved pebble-shaped body, to a more conical form, to a tubular-shaped design. They can be wall-mounted, built in or suspended – with the length of each individual chimney extending to fit the size of the room.

Snøhetta chose to suspend the pebble-shaped Gyrofocus from the ceiling of its reindeer observation centre in rural Norway, the same one that Loyn & Co chose for its Stormy Castle house in the Welsh countryside.

Nicholas Plewman Architects and Michaelis Boyd chose the dome-shaped Mezzofocus fireplace for their Sandibe Okavango Safari Lodge in Botswana, while London architects Patrick Theis and Soraya Khan added the more conical Ergofocus in the lounge of their combined home and studio.

Founded in 1967, by the sculptor Dominique Imbert in the medieval village of Viols-le-Fort, Focus fireplaces are intended to merge exterior spaces with interior design – bringing technical craftsmanship to the home and hearth.

"For me, design is the expression of tension between poetry and utility, between art and functionality, between emotion and rationality," said Imbert.

Imbert's designs have been awarded the French National Prize for Creation and also included in displays at world-renowned design museums including the Solomon R Guggenheim Museum and the Museum of Modern Art, Stockholm.

The designer's concept of combining exterior with interior, has resulted in the company adapting many of their models for solely-outdoor use, with the conical-shaped Ergofocus and Emifocus being added to this stable.

An anti-corrosion coating and a resistant black paint or hematite rust that develops a beautiful patina over time can be added to the outdoor designs.

Still based in its original location of Viols-le-Fort in the South of France, Focus' wood or gas-burning designs have undergone extensive testing to ensure the products are energy efficient.

The gas fires are easily adjustable by remote control while the wood-burning fires reach a thermal efficiency of 70 per cent. 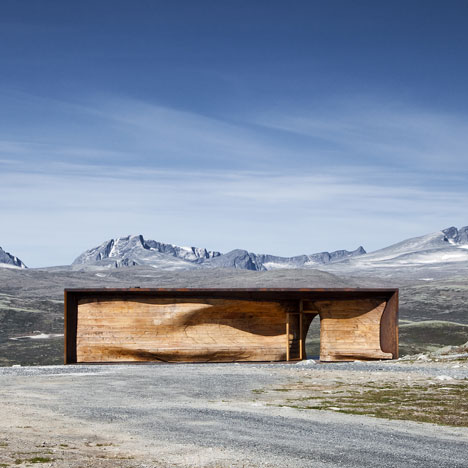