Dutch designer Hella Jongerius rails against industrially produced paints and dyes in the Breathing Colour exhibition at London's Design Museum, which draws on her last 15 years of research.

The exhibition, which opened this week, explores how colours change throughout the day in response to different lighting conditions. It shows Jongerius experimenting with colour through the creation of woven textile "movies", faceted "colour catcher" objects and vases lacquered with metal oxides.

"It's unbelievable how colours can breathe if you use them right," Jongerius told Dezeen. "The colours that are used in this exhibition are unstable, but they have very rich pigments."

The textiles in the exhibition are woven from a wide mix of yarns – not all of which would pass industry requirements for qualities such as lightfastness – while the objects and even the walls are painted using hues Jongerius achieved through mixing contrasting colours.

"In the five greys in the colour catchers, I don't use any black," said Jongerius. "It is a mix of whites and reds and greens to make greys. It's so wonderful, and it's a totally different kind of grey that we can buy as industrial designers as plastic granulates or in powder coats. It's a much nicer way of getting a dark colour – it's multilayered."

The designer, who serves as art director of colour and surfaces for Vitra, intends the exhibition to challenge the industry's current approach to colour.

For example, companies generally try to avoid the effects of metamerism, where colours appear to match in one environment, but do not do so when transplanted to another. This means the customer might be unhappy with their purchase when they get it home from the shop.

But Jongerius hopes that by exposing consumers to the possibilities of "unstable" colour, they will demand more variety from the industry, even if the resulting hues are less uniform or predictable.

"Industry thinks it's a niche market, that everyone wants stable colours – you buy a colour and you want to have it stable during the day," said Jongerius. "I don't believe it."

"If we don't show people what is possible, then we can never buy breathing daily objects, and I think we miss something, like we missed in food. Consumers decided they didn't want to eat this salty shit from the fast food industry, so they changed it. I feel responsible as a designer to show consumers what is possible in the industry."

The most frequently occurring objects in the exhibition are the designer's colour catchers – faceted vessels painted in one of five shades of grey. While they look like they might be painted with several shades of colour, in fact their many-sided surfaces just emphasise the effects of light, shadow and reflected colour from surrounding objects.

The colour catchers also appear in the textile series – called Woven Movies – in which Jongerius tries to capture how they look at different times of day through various materials, colours and abstracted patterns.

The times-of-day theme recurs in the design of the exhibition, which is divided into sections called Morning, Noon and Night. The Morning section features hanging translucent beads, which uses the fragmentation of light as it passes through these objects to recall the quality of light as the sun emerges over the horizon.

In the Noon section, Jongerius looks at colours at their most bright and crisp, while in the darkened space of Evening, she explores shadows, as well as the variations within black.

Most of the works are newly created for the exhibition, with the exception of Colour Vases (series 3), an installation of 100 vases made in 2010 using minerals and oxides. The technique is rarely used because it does not produce stable colouring.

Jongerius graduated from Design Academy Eindhoven in the early 90s and founded her studio, created by Jongeriuslab, in 1993. Among her past projects is the Polder sofa for Vitra and the cabin interiors for KLM's first Boeing 787 Dreamliners.

In 2015 she launched a manifesto, Beyond the New, in which she and theorist Louise Schouwenberg called on the design industry to abandon its "obsession with the new for the sake of the new".

Breathing Colour is on at the Design Museum in London's Kensington from 28 June to 24 September. 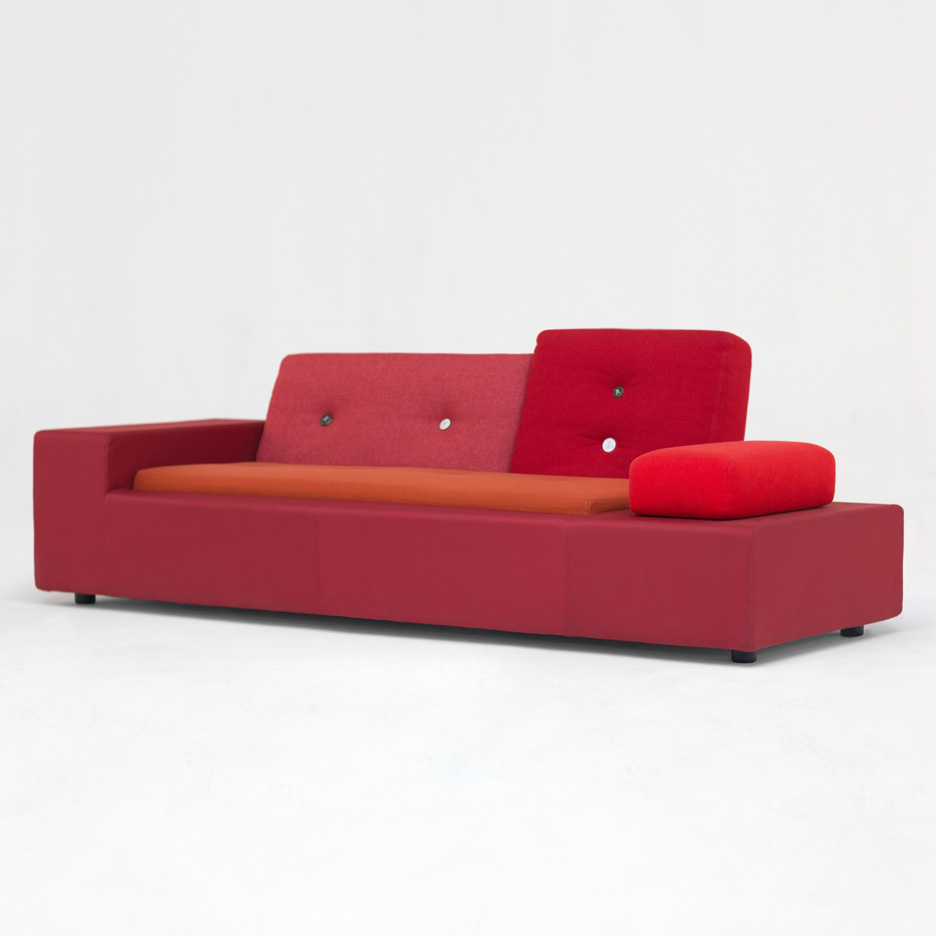