Faraday Future (FF) plans to move from its current Los Angeles base to the new campus, which it is hoped will allow the fledgling company to expand its research and development.

The company recently announced the production of what it claims will be the world's fastest-accelerating electric car.

Its 130,000-square-metre campus is planned for a former navy base on Mare Island, located north of San Francisco at the mouth of the Napa River.

MAD's design for the headquarters borrows from the shapes and technology of FF's futuristic vehicles.

"Taking into account FF's ambitious science fictional and mysterious surrealism, while ensuring the basis of its operation, MAD designed an open concept campus with a compelling structure," said the studio, led by architect Ma Yansong.

"[Our] proposal consists of two low, metallic structures embedded within the site's prairie landscape, suggesting extraterrestrial objects capable of de-familiarising employees and prospective clients with the status quo of the contemporary automotive market."

The firm has proposed a series of interlinked office buildings totalling 20,000 square metres. These are arranged in a circular plan, with courtyards and passageways carved in between.

The focal point of the project is a reflective, sculptural observation tower that will rise above the cluster of buildings. It will house a "user experience centre" for visitors.

From this vantage point, prospective buyers will be able to watch vehicles as they are transported from a warehouse up to the tower along a light rail track.

The campus building roofs will be entirely covered with photovoltaic solar panels, which should produce enough energy to meet the site's daily demands. Wind turbines on the tower will provide supplementary power.

Large roof overhangs, operable glazing and the internal courtyards are all intended to reduce heat build-up from solar gains, and to promote natural ventilation.

Faraday Future was set up in 2014. It publicly launched at the CES 2016 conference in Las Vegas, revealing a high-tech supercar concept that runs on a modular battery.

At the same event this year it unveiled an electric car to rival Tesla's, although its "driverless valet" malfunctioned during the demo.

Ma and his team are working on a variety of projects in California, including the equally futuristic-looking Lucas Museum of Narrative Art, which recently gained approval from Los Angeles city officials.

In a recent interview with Dezeen, he said that architects have become too close to the commercial world and should instead be proposing visionary ideas for the future. 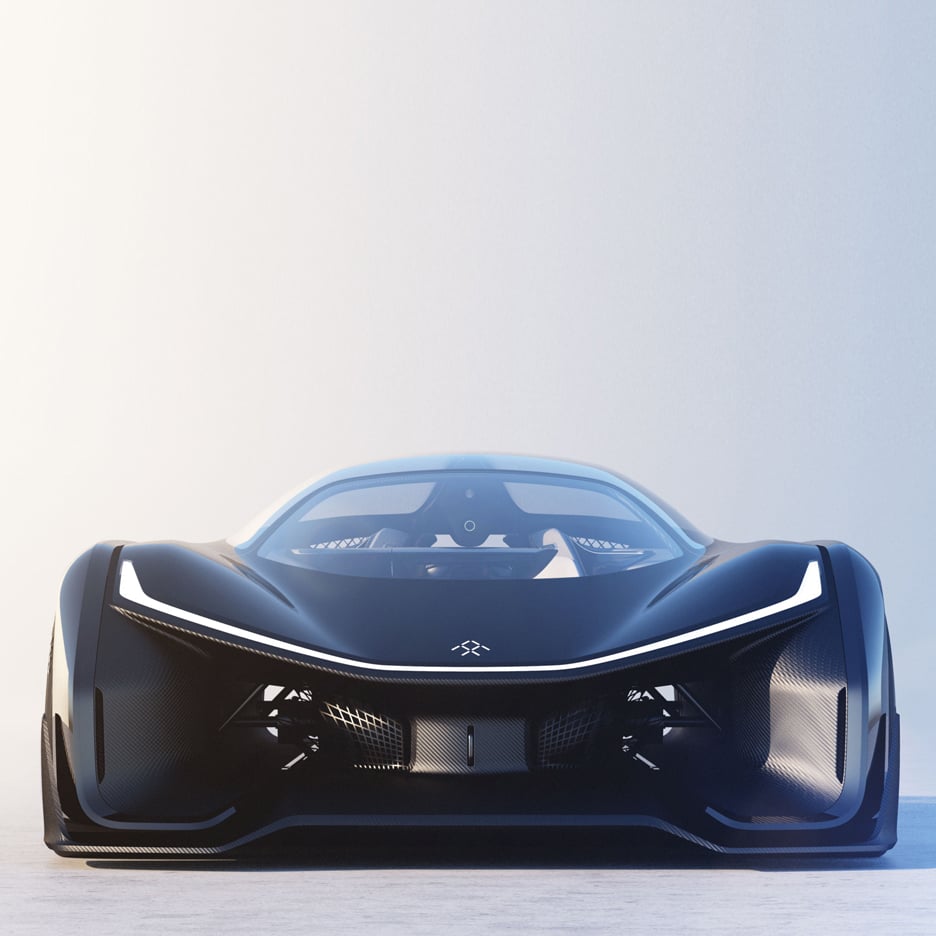