Details of Apple's new smartphone have been leaked ahead of the company's annual keynote event tomorrow, suggesting it will be named iPhone X and feature an OLED screen, as well as face recognition software.

The news of iPhone X, as well as an iPhone 8 and 8 plus, were revealed by Apple blogger and coder Steve Troughton-Smith yesterday on Twitter.

According to Apple news site 9to5Mac, the iPhone X will be a "nearly-bezel-less" OLED (organic light-emitting diode) screen that will have 3D sensors and face recognition capabilities that would replace the touch ID button.

It will also reportedly support wireless charging and a new messaging app named Animoji, which makes use of the phone's 3D-sensors to make emojis that replicate the user's facial expressions.

Many are speculating that the iPhone X is Apple's way of commemorating the iPhone's 10th anniversary.

If the leaks are correct, it will be released alongside the iPhone 8 and iPhone 8 Plus models – which are upgrades of the existing 7 handset. Sources are also reporting that a new Apple watch with "cellular capabilities", and a 4K television will also be revealed.

The spoiler comes amid Apple's recent efforts to keep details of new products secret. In June, news site Outline reported that former employees at the National Security Agency had been employed by the company in order to keep leakers at bay.

But John Gruber, a well-known Apple blogger, believes this leak was a "deliberate, malicious act by a rogue employee".

"Someone within Apple leaked the list of URLs to 9to5Mac and MacRumors," he wrote on his blog, Daring Fireball. "I'm nearly certain this wasn't a mistake, but rather a deliberate malicious act by a rogue Apple employee."

"Whoever did this is the least-popular person in Cupertino. More surprises were spoiled by this leak than any leak in Apple history."

Apple, which ranked at number two on Dezeen's Hot List of brands and designers, is set to unveil its new products at a conference in the newly-built Steve Jobs Theatre on Tuesday 10am PDT (5pm GMT).

It's the first conference to take place inside the Foster + Partners-designed Apple Park in Cupertino.

Ahead of its opening, the building received mixed reviews. While Jony Ive described it as "nice", technology magazine Wired said that it "sucks", and some reports circulating around Silicon Valley said Apple workers hate the open-plan layout of their campus so much they might quit. 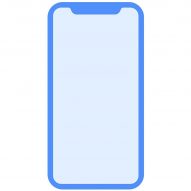