Working with New York charity Public Art Fund, Ai has created temporary structures in three New York locations, all intended to resemble security fences. They include a giant golden cage in Central Park and an enclosure that slots inside the Washington Square Arch.

The project was funded thanks to a Kickstarter Campaign. It is named Good Fences Make Good Neighbors, the proverb that came from the poem Mending Wall, published by celebrated American poet Robert Frost in 1914.

Ai hopes it will provoke further discussion about the role that walls play in relationships – in light of the President Trump's plans to tighten immigration controls, by building a new border wall between the USA and Mexico.

"Fences and territory have become an even more urgent topic for everyone to take notice of, especially in the US," Ai told a group of journalists at a press conference yesterday.

"We have policies to have very low limits to accept refugees and also to push away a lot of people who already work here, were born here, or made a great contribution to society," he added. "We are trying to push them away."

"We also want to build a great beautiful wall between US and Mexico, which is an unthinkable policy, but it is already in this process."

Ai emigrated to New York in 1981, and spent 12 years of his early artistic career in the city, before returning to his native China.

He is well-known for his politically motivated artwork – and was famously held in detention by Chinese authorities for two months back in 2011, reportedly on suspicion of economic crimes. Past works include an installation to raise awareneess about the Syrian refugee crisis.

They installed the large cage on the southeast corner of Central Park, on the Doris C Freedman Plaza. Titled Gilded Cage, the structure is fitted with bars and a turnstile, and includes a circular opening in the roof that frames a view of the sky.

It is painted gold to catch the attention of the US president, who resides in Trump Tower, just a four-minute walk away.

"The project is made for the people of the city, so of course President Trump is welcome to enjoy this sculpture," said Ai. "I made the sculpture gold to please him."

The second structure is entirely framed by the Washington Square Arch, which is located on the edge of another park. A mirrored passageway punctures through the structure and marks the outline of two joined human silhouettes.

Ai chose Queens for his final location because it has "a large community of immigrants and also Chinese living there".  He used mesh netting to wrap the Unisphere in Corona Park, forming a low-lying fence.

The stainless steel globe, which was commissioned for the New York World's Fair in 1964, and is a focus of public activity, and children often play in the water fountains placed around. 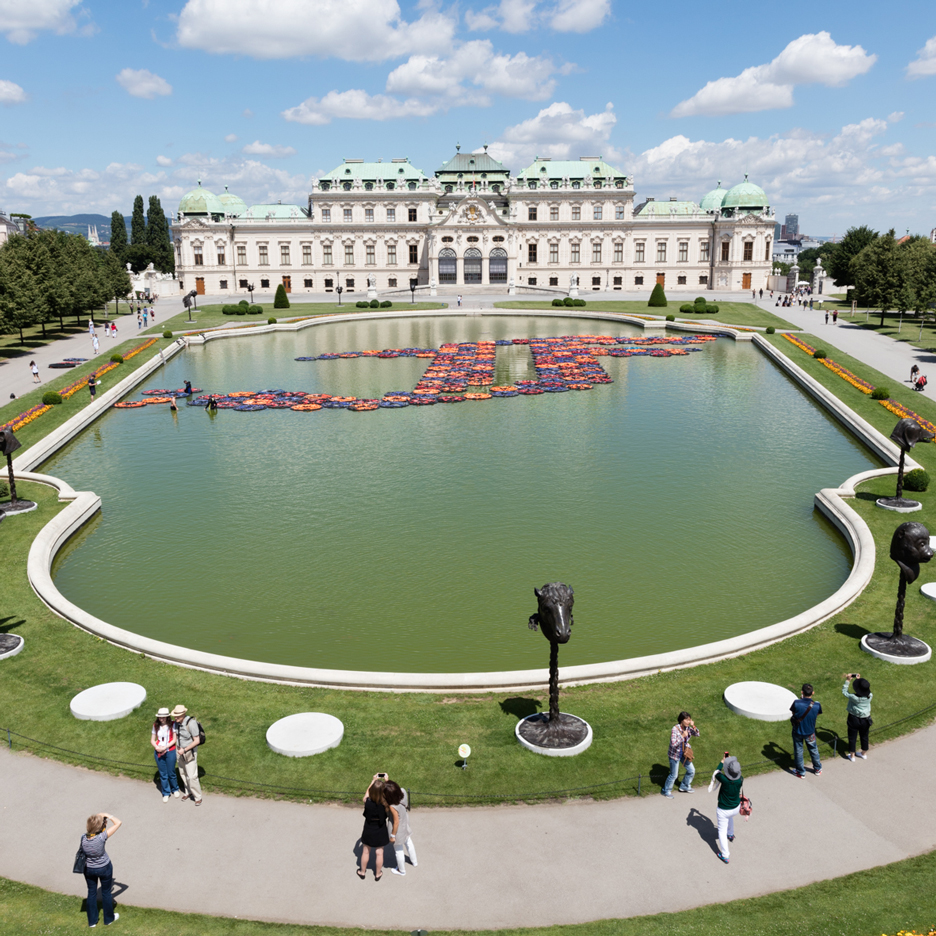