Large windows provide framed views of Los Angeles from this hilltop house, which German art director Tino Schaedler has designed for his family.

Prior to establishing himself as a well-known art director and digital set designer, Tino Schaedler studied architecture and had a stint of time working for architect Daniel Libeskind. He and his wife artist Pia Habekost moved to LA in 2008 to further his career in the film industry.

Having spent their time in the city residing in a loft in the arts district, the couple sought a bigger place to accommodate themselves and their young son. Following an unsuccessful search on the property market, Schaedler decided to design it himself.

With the help of the team at Schaedler's multidisciplinary practice Optimist Design, he built his three-storey residence named Casa Pino into a slope at the top of the extremely steep Baxter street in the city's northern Echo Park neighbourhood.

The team made the most of the panoramic view from the site, which includes the famous Hollywood sign, by angling the facing wall north-west. Large openings puncture this wall to create different vistas from inside the house.

Schaedler then established the arrangement of spaces inside the residence to create different moods and atmospheres, like he would for mapping out the different scenes in a film.

"My wife and I talked a lot about how we envisioned certain moments in the house," said Schaedler. "We then wrote these moments up and then this inspired the design."

"It was kind of like thinking about scenes in a movie where the script triggers a certain set design to support the action," he added. "It made the design process very personal."

A patio runs the full length of the front of the house, on the southern side of the site. It is split into three scenes, which are each separated by steps.

At the rear, the children's zone features a built-in sandbox, while the middle space is fitted with a kitchen and barbecue area.

Sofas are built into the angled corner nearest the view. They are arranged to face a fireplace and topped by a large opening above. A retractable film screen fitted into the roof enables the family to enjoy films outside in summer months.

Two openings in the southern street-side facade are fitted with a custom-made metal mesh screen that offers privacy, while also allowing in light.

As with the exterior of the residence, the walls of the patio are rendered with a white stucco. The floor is covered with a contrastingly dark wood, while three palm trees provide decorative elements. This simplistic styling forms part of Schaedler and his wife's stripped-back approach throughout the residence.

"We wanted everything to feel very zen," he said. "No clutter. Minimal. As much built-in and recessed as possible. And then add some subtle nice twists here and there."

Sliding glass doors open from the terrace inside the house to the open-plan kitchen and living room. While bright white feature outside, contrasting moody and dark hues dominate inside.

Most of the furnishings in the lounge are built in, including a sofa set into the large window and a bookshelf. A cupboard built into the rear wall of the kitchen is covered in dark panels, and the central island is coloured similarly.

A narrow stair topped by a skylight leads to the first floor of the house, occupied by the master bedroom and the child's room.

The master bedroom is set to the western side and opens onto a terrace. Its white marble en-suite bathroom includes a bathtub set beside a large window.

The residence also includes a basement floor occupied by a studio and guest bedroom.

Schaedler's LA- and New York-based Optimist Design has completed sets for a host of big names such as Nike, Google and musician Kanye West. Examples of its projects include a Red Bull music studio inside former Berlin power station.

Prior to moving to Los Angeles, Schaedler worked with architect Michael J Brown to develop a proposal for a luxury helium-filled airship. They envisioned it to contain a gourmet restaurant, a spa, a swimming pool and a resident DJ. 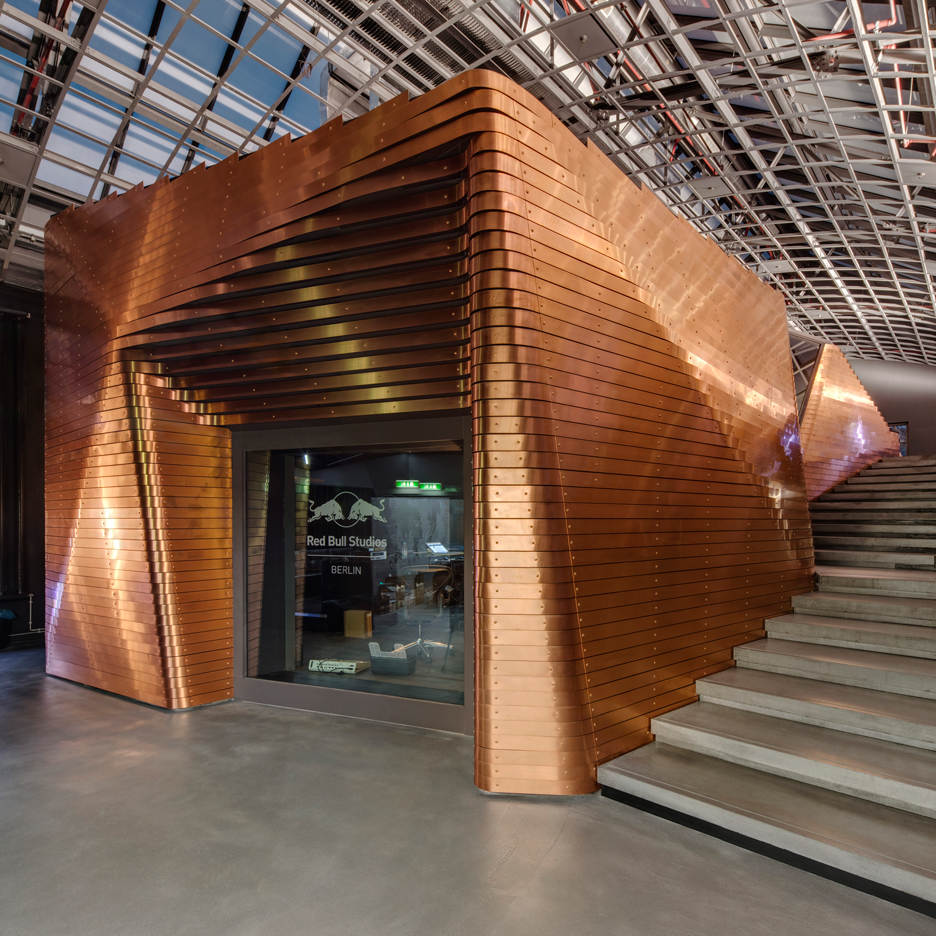 Photography is by Kris Grunert.