Serbian artist Marina Abramovic has abandoned plans for OMA to turn a former theatre in Upstate New York into an arts institute in her name, after failing to raise enough funding.

The artist made the decision when OMA founder Rem Koolhaas disclosed the $31 million (£23.6 million) cost of the project. She said this was well beyond the budget of an artist without backing from a wealthy man, The Art Newspaper reported at the time.

"I, as a performance artist, could never raise $31 million unless some amazing guy from the Emirates [came forward] or some Russian who just wrote a cheque because he believed in me," said Abramovic. "But in real life, that doesn't happen."

Abramovic – known for her performance art and audience interaction pieces – commissioned OMA to design The Marina Abramovic Institute for the Preservation of Performance Art (MAI) in 2012.

Koolhaas and Shohei Shigematsu – the head of OMA's New York office – led the project, drawing up plans to transform the rundown theatre in Hudson into both a performance venue, and an archive hosting workshops and lectures.

Following the unveiling of this design, Abramovic launched a Kickstarter campaign to raise money to fund the second part. A statement released on the fundraising page a few days after the artist's announcement added that the estimated cost for the project came in over $10 million (£7.6 million) than MAI originally expected.

"The initial architectural study was performed by OMA, New York," it says. "At this stage, the projected budget for the completion of the project was estimated between $15 to 20 million (£11.4 million to 15.1 million)."

"The Board of MAI has decided to cancel the building project. The project cost and the project risk far exceeds initial expectations and estimates."

The cancellation has come as a surprise to the many who have already made donations to the campaign, which reached over its $660,000 (£501,000) target.

The New York Post has also reported that tax filings show her non-profit organisation received $1.5 million (£1.14 million), as well as a sizeable donation from rapper Jay-Z, and called the whereabouts of this money into question.

In response to the article, Abramovic released a statement today claiming that funds raised on Kickstarter were used to "pay OMA New York's design fee", which cost $655,167.10 (almost £500,000). The money found through tax files was contributed by herself.

"I reject the New York Post's allegations of theft," said Abramovic. "The Kickstarter funds were directed for the purpose intended."

"Over the last four years, the original vision of the institute evolved and I am proud of this work."

Abramovic also came under fire from Kickstarter backers, whose comments on the campaign page claim they never received a gift promised after their donation.

"I was supposed to receive a signed copy of the Abramovic Methods Exclusives DVD for $200 (£151) pledge back in 2013, and am still waiting for it," wrote one backer.

The artist's statement says that this was because they did not respond to requests for information, and asks those missing their rewards to contact the MAI Institute directly.

The future of the derelict theatre is uncertain, although The Art Newspaper reported that the artist plans to sell it and continue exhibiting in other institutions.

OMA's New York office is currently working on its first apartment building in the city and were recently selected to expand SANAA's New Museum in Manhattan. 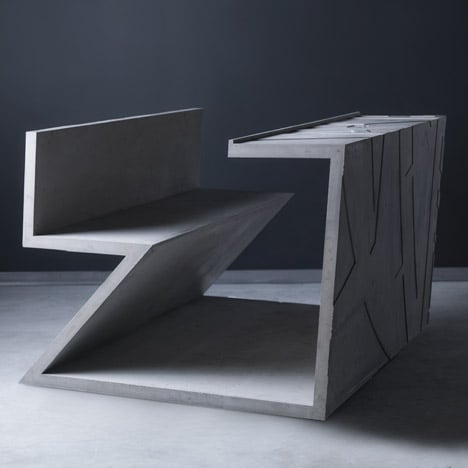 Libeskind's table for Marina Abramovic produced as limited-edition by Moroso