New York designer Bec Brittain has referenced the shapes of ancient Japanese helmets in a glass and bronze lamp, which she presented at this year's Design Miami fair.

The Kawari Crane is the first in Brittain's Crane series to feature a curved glass element. The arc-shaped tube wraps around a straight cylinder, angled slightly off vertical.

Both are made from white borosilicate glass, which has better thermal resistance than typical glass, and are mounted on a heavy bronze base.

The name Kawari comes from the sculptural armoured helmets worn by Japanese samurai warriors, which informed the design.

Created as an edition of seven, the lamp joins a set released last year that each combine glass tubes with bronze, held together with leather straps.

"The Crane series emerged from the idea of a bronze volume and leather acting as the 'crane' lifting a glowing mass of glass," said a statement from the designer.

"As the series expands, it becomes more elemental, exploring the interaction between a grounding bronze volume and floating forms of light, most specifically in their intersections and connections."

Brittain originally trained as an architect – which she previously told Dezeen she wasn't very good at – then had a stint working for fellow lighting designer Lindsey Adelman before setting up her own studio.

Earlier this year, she launched a collection of space-themed fixtures featuring slender frames and refracting prisms at her new Chelsea showroom.

The Kawari Crane lamp was shown by New York-based Patrick Parrish Gallery at Design Miami, which took place from 6 to 10 December 2017 to coincide with the Art Basel fair and wider Miami art week.

Other highlights from Design Miami this year included a door carved with cartoon aquatic creatures, a bronze oatmeal bowl, and a spherical room for peace and quiet. 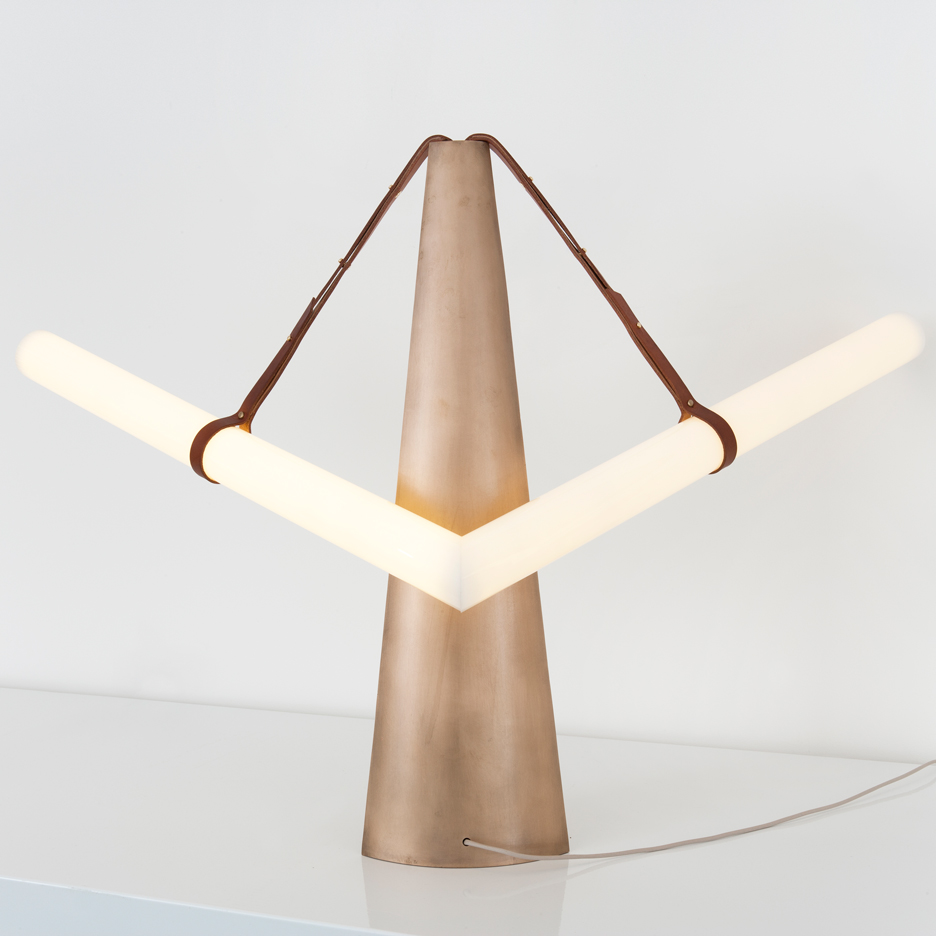 Bec Brittain designs sculptural lamps based on tubes of light