North American cities are fiercely vying to secure Amazon's second headquarters, but will the retail giant really improve the culture and infrastructure of the area it finally chooses? Aaron Betsky doesn't think so.

As the competition for the second Amazon headquarters heats up and the Republican's war on cities intensifies, we have to wonder whether attracting that investment will actually be good for whatever city wins the race.

The question the preliminary results raises: What makes a city attractive? Is it their landscape, or is it what humans have made out of that place? Does the actual physical city matter less than the physical and information infrastructure, the financial and regulatory systems, and the political state of the place? Or, is it ultimately the people who live there, their experience, levels of education, and ability to work together?

What is remarkable to me about the choices Amazon made is how little the attractiveness of nature or climate seem to matter. Whatever else Columbus, Indianapolis, or Toronto might have going for them, it is not a sublime landscape. For that you would have to turn to San Francisco, Seattle, Vancouver, or Phoenix, none of whom made the list.

Instead, the common denominator among the largest group of finalists is that seven of them are along the so-called Acela Corridor: they are part of the 500-mile-long Boston-New York-Washington metropolis. The next largest grouping is cities in the plains of the Midwest or South and, whatever might be attractive about Nashville, Columbus, Toronto, or Atlanta, it is not a dramatic landscape, a forgiving climate, or a sense that they could be a new Eden.

What seems to count is a trade-off between cultural and intellectual capital, and price. The Acela Corridor sites offer the former, while the heartland choices provide cheap land and labour, along with a lack of restrictions, ranging from regulations to NIMBYism, that make it easier and thus cheaper to operate in those areas.

This is not to say that you can't find a few nice ravines in Washington DC (Rock Creek Park), or that Pittsburgh doesn't rise with some elegance out of the confluence of three rivers, but that is not at the core of their attractions. What matters is what is embedded in their institutions and highways.

This should not be too surprising. Cities are artifices that we as humans make at a scale that they create a second reality. It would seem to me that the ideal city, at least from a capitalist point of view, would be one that was as cheap and flexible as possible, while having good universities, schools, museums, libraries, and theatres.

However, there is a problem, which becomes clear when you realise that none of the finalists offer such a combination. It appears that price and quality of urban infrastructure cancel each other out. There is a race to the bottom, parasitically turning on infrastructure to – as Amazon does in its practice – leach value out of everything the capitalist organisation touches. Amazon and its ilk would like everything they can get for the cheapest possible price, but they might have to choose.

By its very nature, investing in those institutions that educate us, that increase smarts, and that create a highly developed shared culture that will make workers more happy and productive, costs a great deal of money.

In our American system, that money has to come from the place itself. Paying for such investments will, in turn, mean high taxes, while also creating certain fixed nodes and focal points that will restrict sprawling development. The cities on Amazon's list that have the most infrastructure are not cheap as places to work or live.

This is, of course, not the case in many places around the world. In parts of Europe, central governments decide on the allocation of resources, and can favour certain cities over other. You can see this mechanism at work most clearly in the former industrial and mining cities of the Ruhr or England's Midlands, where massive outlays of tax monies have produced revitalised areas that are now modest growth nodes.

However, even there structural costs remain high, so that you still tend to see more investment in the Irish or Slovak countryside, where favourable national tax laws, good national education, and cheap land and labor attract industry and corporate back offices.

If Amazon arrives in one of the places offering massive tax abatements, it will not invest in the infrastructure

Over time, you have to assume that the amount of people and money that companies such as Amazon moving to such places as Indianapolis, Nashville, or Columbus bring with them will help them build on the existing, not exactly non-existent infrastructure (Columbus is, after all, the home of Ohio State University, while Indianapolis is the site of several major museums) so that these cities will be able to attract ever more businesses.

That seems to be the logic used by cities and states that offer massive tax abatements in the hope of attracting corporate behemoths. The problem is that Amazon wants to use such places without paying for them, the same way it used infrastructure to keep its delivery prices close to zero.

Thus, even if Amazon arrives in one of those places, it will not invest in the infrastructure. The only silver lining we can hope for is that, over the course of decades, in-migrating funds will make urban landscapes better.

Amazon will get its goodies, and we will pay for them

That is certainly the calculation of those cities giving away their investment in culture, education, and infrastructure for a low price through tax abatement. The Acela Corridor choices, meanwhile, hope that somehow tax increments will eventually allow them to shore up their crumbling backbone and cultural offerings.

I have no doubts that certain parts of the downtowns will, as they have already done in the case of most of the non-East Coast finalists in the Amazon race, become safe for the kind of high-paid people who will take some of the jobs here.

The effect, however, will remain limited. Out there in the featureless sprawl, these companies will further generate as they bring an ecosystem of suppliers – and back office and support workers who need cheap housing, education, and places to work – to an area with a lack of investment and of good services.

Not to mention the dearth of a beautiful and resourceful landscape, which will mean that the vast majority of inhabitants will be condemned to live in the sort of anti-urban expanses that are so deadly to a shared and meaningful culture. Amazon will get its goodies, and we will pay for them. 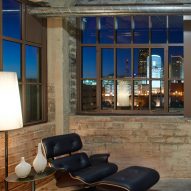