The UK's vibrant design economy is at risk from education policies that undervalue creativity, according to Design Business Association chief executive Deborah Dawton.

"Great designers take years to gestate and we’re in the process of designing a generation of young people whose creativity is seen to be valueless," Dawton said in a speech at the industry body's annual awards ceremony in London last week.

"And we've also done a great job of convincing their parents that there isn't a future for them in creativity."

Dawton spoke at the 2018 DBA Design Effectiveness Awards, which rewards design projects that have led to business success for clients.

"A very wise man told me yesterday that you open the door to any future for a child who is numerate, literate and creative," she told the audience of designers and business leaders.

"Before any of us could talk or add up, we daubed paint blobs on paper," she continued. "We drew pictures. It was instinctive. It was a way of expressing ourselves when we had no other way of doing so. But those paint brushes are literally being snatched out of young people's hands.

"The option to pursue a career in this £100 billion industry needs to be instilled at a young age."

Dawton was reflecting concerns that government education policies are leading to a fall in the number of students taking creative subjects.

In 2017 the uptake of arts subjects fell to a ten-year low. Critics blame the new English Baccalaureate (EBacc) curriculum, which favours academic subjects over creative ones.

Dawton is the latest industry figure to express alarm at the state of creative education in the UK. Last month BBC arts editor Will Gompertz said a generation of schoolchildren "are being sent mad," by the switch away from creative subjects.

Other critics include architect Amanda Levete, who in 2016 described architectural education in the UK as "very weak", while in 2014 Apple chief designer Jonathan Ive called design education "tragic".

Bodies including the Creative Industries Federation have also warned of a skills crisis in the design sector as fewer young people study arts degrees.

The DBA's Dawton also called on the government to ensure the UK continues to welcome overseas talent after Brexit.

She urged new culture secretary Matt Hancock, who was in the audience, to address threats to the design sector posed by education policy and immigration rules.

"To ensure we remain at the top of our game, we need a healthy, flowing talent pipeline," Dawton said.

The creative sector employs three million people in the UK, which has the third largest creative economy in the world after the USA and China. Design is the fastest-growing subset of the UK's creative industries.

However a report published by the Creative Industries Federation last autumn warned that firms were already facing a skills crisis. Of 250 businesses surveyed, three quarters said they employed EU nationals, with two thirds adding they would not be able to fill those roles with UK workers.

Dawton said: "I call on Matt, whose presence here tonight is recognition of the importance he places on the design sector, to help us and the wider creative industries benefit from future immigration policies that support rather than hinder our world-standing, and to recognise the essential and pressing need for investment in creative education, to further develop homegrown talent."

She added: "Matt, I've never heard of a government cutting its investment in the thing that makes it a shed load of money. Please help us to turn the tide in government before we take to the streets on this, because the very future of the businesses in this room, depends on that tide turning very soon.

"Design will be a key driver for growth in a post-Brexit economy, I can guarantee it."

Hancock responded with a short speech. "I say to you, and Britain's whole design industry, I am on your side," he said. However, he did not make any new policy announcements.

The DBA is a trade association for the design industry. The DBA Design Effectiveness Awards this year saw 54 awards handed out, with the redesign of premium beer brand Carlsberg Export by Taxi Studio taking the Grand Prix. 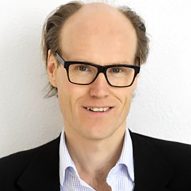