Ornately painted walls, velvet furnishings and a pair of olive trees create a decadent setting for this Italian restaurant within an early 20th-century cinema, in Sweden's capital.

Local practice Millimeter Arkitekter transformed the neglected cinema into an Italian eatery with a "grand and familiar character", which honours the building's historic quirks.

Now L'Avventura restaurant, the cinema was designed by Swedish architect Björn Hedvall in 1927. It sits at a busy intersection where developer Stureplansgruppen are planning to open two further restaurants.

"We tried to create a new interior with its own design language that could stand for itself, and at the same time speak well with the existing interior," Tina Marin, interior architect at Millimeter Arkitekter, told Dezeen.

The practice chose to preserve the venue's stucco ceilings and decorative walls, which are painted with classical murals by Swedish artist Nils Asplund.

Restoration works over recent years meant that both features were in good condition for Millimeter Arkitekter's intervention.

A pair of mature olive trees from Italy were planted at the centre of the main dining hall – which has a 20-feet-high ceiling – to help create a more intimate ambience.

"We made many spectacular sketch proposals, but in the end everyone that worked on this project felt that two huge olive trees would give the right feeling, and would work well with the Italian concept," Marin explained.

Smaller saplings also stand alongside the dining booths that line the periphery of the room. 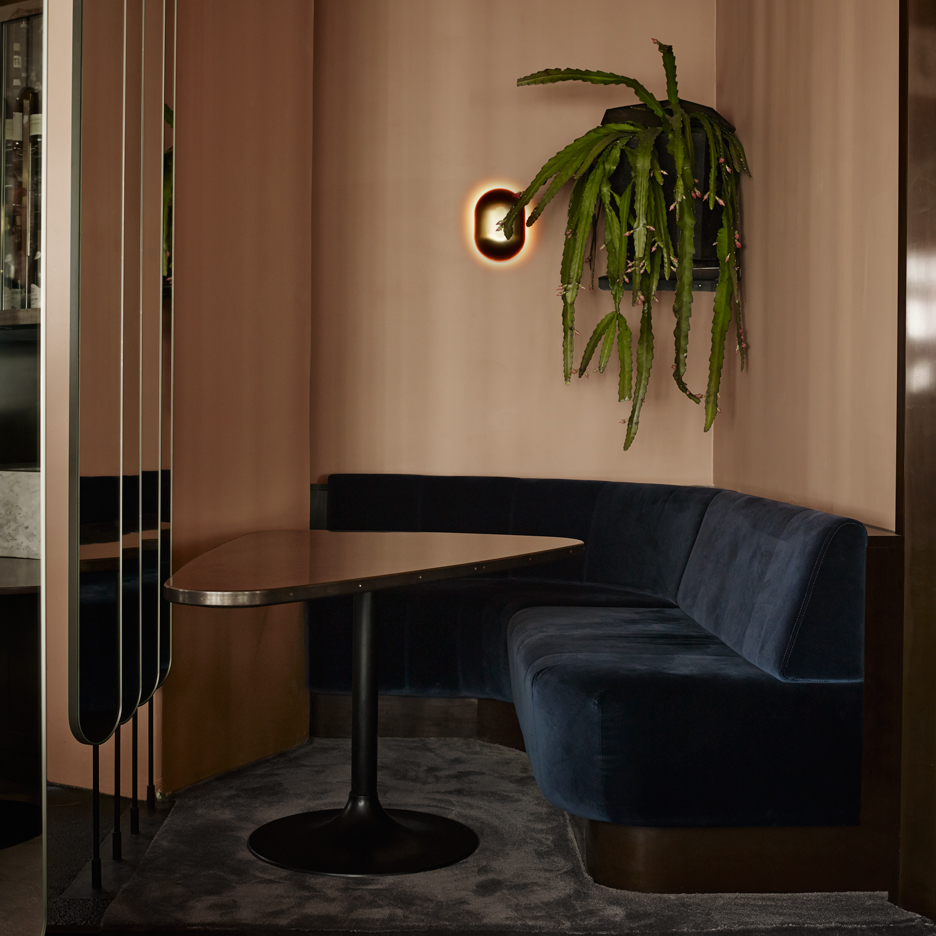 Keeping to a rich colour palette, the architects specially crafted red velvet chairs to curve around each table. Forest green tiles have been used to complete the restaurant's open kitchen, which has been placed where the cinema's film screen once was.

The practice also employed glass to create tall shelving units for L'Avventura's two bar areas, ensuring visitors can still get a glimpse of the distinctive walls.

Millimeter Arkitekter are one of several practices that have recently given a restaurant an opulent appearance.

Space Copenhagen used plush velour and moody tones to create a "dreamy" cocktail bar in the Danish capital, while Dimore Studio applied touches of velvet, brass and marble to the rose-tinted interiors of a restaurant in west London.

Photography is by Andy Liffner.