The New York-based designers spent a month creating the five typefaces, which they developed using "original handwritten letters and notes" scribed by the musicians.

Called Songwriter Fonts, the typeface features letters, numbers and symbols, which are intended to inspire songwriters through writing in the handwriting of their favourite musician.

"We developed the songwriter fonts with the idea that it could help a songwriter's imagination to develop by writing in the handwriting on legendary musicians – it's like playing on John Lennon's piano or Kurt Cobain's guitar," said Sens and Damiens.

"It doesn't mean that you would be able to play like them, but it will probably put you in a special mood and you will probably play in a different way thinking about them," they continued. 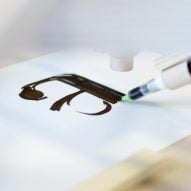 The designers began by researching handwritten documents, including Kurt Cobain's suicide letter, on websites and public libraries to collect examples of the various glyphs.

"The first thing was to find as many handwritten documents as we can to find the while alphabet for each of them. It was a time-consuming work but we're so grateful to have finally found the missing letters after hours of investigation," they said.

Each symbol was then reproduced digitally using a font software. "The most difficult ones to work on were Leonard Cohen and Serge Gainsbourg, because it took time to shape every letter so that they can link to each other," explained the designers.

The designers plan to expand the typeface series, which available for free on their website, to include other musicians, including The Notorious BIG and Janis Joplin. 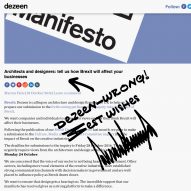 Previously, BuzzFeed designer Mark Davis made typeface version of US president Donald Trump's handwriting, which recreates his distinctive handwritten style, from the strangely angular Js to the dramatically curved Bs, Ds and Gs.