Texas-based startup Orion Span has revealed plans for a luxury space hotel, which is expected to open in 2022.

Plans for the £70 million space hotel named Aurora Station, which would orbit 200 miles above the earth, were unveiled earlier this week.

The hotel is designed to hold four guests and two crew members, with 12-day trips being marketed at £6.7 million per person.

"Upon launch, Aurora Station goes into service immediately, bringing travelers into space quicker and at a lower price point than ever seen before, while still providing an unforgettable experience," said Frank Bunger, founder of Orion Span.

It will be designed by a team led by Frank Eichstadt, who is credited as being the principle architect on the International Space Station's Enterprise module.

Guests will be able to experience zero gravity and float freely through the hotel. They will also be able to take part in research, including growing food, which they can take back to earth as the "ultimate souvenir." 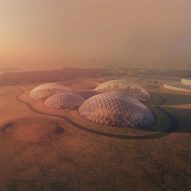 Prior to the trip guests will undertake a certification programme consisting of an online course followed by a visit to Orion Span's training facility in Houston, Texas.

"Orion Span has additionally taken what was historically a 24-month training regimen to prepare travelers to visit a space station and streamlined it to three months, at a fraction of the cost," said Bunger.

Aurora Station will be designed to be expandable, with Orion Span envisioning selling apartments in space.

"Our architecture is such that we can easily add capacity, enabling us to grow with market demand like a city growing skyward on Earth. We will later sell dedicated modules as the world's first condominiums in space," said Bunger.

"Future Aurora owners can live in, visit, or sublease their space condo. This is an exciting frontier and Orion Span is proud to pave the way."

Refundable deposits of £55,000 per person for trips to the space hotel are now being taken.

Space tourism is increasingly becoming a reality. Earlier this year plans to build a spaceport in the UK edged closer to reality, while BIG are designing a Mars simulation city in Dubai.