Forensic Architecture, the investigative team shortlisted for the Turner Prize for art, has expressed ambivalence about the accolade, which came in a week when it suffered several setbacks in its cases.

Architect Eyal Weizman, the team's founder, tweeted that he was "very surprised and a little overwhelmed" by the nomination and expressed concern that the organisation would get "subsumed within the arts-financial complex".

This week has been a momentous one for the previously obscure architectural investigative agency based at London's Goldsmiths University, which uses video and spatial analysis to uncover human-rights violations.

Along with being shortlisted for the UK's most important art prize, the group was awarded the Princess Margriet Award for Culture by the European Cultural Foundation (ECF), and it was announced that it would be working with the V&A to curate the UK pavilion at the 2018 London Design Biennale.

But it also received disappointing news from three of the court cases it has been involved with in Israel and Italy.

"It's a strange time for us as on the one hand there are a few cases that we are working on that we are having struggles with, at the same time there is the recognition from an art institute," said Christina Varvia, deputy director of Forensic Architecture. "There are a lot of mixed feelings about that."

Three cases that the agency has been investigating had difficulties this week. A court in Israel determined that the killing of an unarmed Palestinian at a Nakba Day protest by a border police office was accidental, while Forensic Architecture had aimed to prove it was intentional.

In a setback to its investigation of the death of a Bedouin teacher, the Israeli village of Umm Al-Hiran, where the incident took place, was destroyed.

The group also received bad news from Italy connected to a case involving the Iuventa ship, which is accused of colluding with smugglers in the Mediterranean. The Italian court voted against releasing the confiscated boat, as it ruled that the country did have jurisdiction to seize the ship.

The non-governmental organisation (NGO) operating the ship was fighting the case in Italy, while Forensic Architecture was separately preparing to present evidence to the European Court of Human Rights, in case the NGO's legal bid failed. The agency will now have to present its evidence later this year. 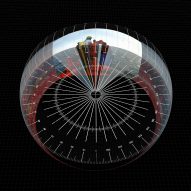 "It's good to know that even when within the courts, within the political forums, there may not be space for what we are discussing, there are still people who are interested," continued Varvia. "In cultural forums there is space to discuss complex realities."

Although several of the cases that the agency is working are experiencing difficulties, Varvia believes that the investigate work Forensic Architecture is carrying out has an important purpose.

"In a way failure is our starting point," she said. "We take cases that might never lead to anywhere, but we still think that it is important to be talking about those things and archive those events by way of analysis and research."

"This is also a form of resistance. When there is an effort to erase those violent events, just the effort to record, to clarify and to debunk the official line, it's an act of resistance towards that erasure."

Forensic Architecture is the second architectural organisation to be shortlisted for the UK's most important art award, with London-based collective Assemble winning the prize in 2015.

"I think that they very consciously shifted the focus onto those issues and I think they are trying to recognise that there is a whole generation of artists that are not self obsessed or interested in small irrelevant things, but are actually trying to tackle things that are difficult, that are not straight forward to discuss, that are messy truths, hard truths – complex realities," she continued. 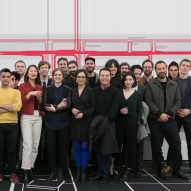 "It's nice to see the other nominees and it's nice to see that contemporary art can also become something that tackles issues of race, identity, gender, political struggle etc. It’s a very positive note for us," said Varvia.

Although they are an investigative agency, Varvia believes that Forensic Architecture has a lot in common with the other artists as they are reconsidering how you look at incidents and objects.

"The methodology in which you unpack complex realities, this is the same for the other nominees, they take an interesting perspective into the realities that try to unpack. It’s beautiful to be considered part of that group."

"Always a risk of being dismissed"

Although Forensic Architecture has been recognised by the UK's leading art prize the group's primary purpose is research. It is unavoidable with the work that the agency produces that some will consider them artists says Varvia.

"It’s unavoidable that it becomes part of the conversation," she said. "Some of our team are practicing artists, but within the frame of forensic architecture they turn their skills to investigative purposes."

"It is true that there is an aesthetic front that has come with the research. People can find ways to tell difficult truths through the granular understanding of an event, through its mediatisation, through its representation. To question representation, to question how we even begin to understand a problem is a nice thing to shift focus to."

Unfortunately, being considered artists has been detrimental to the group's efforts to highlight serious humanitarian issues.

During a case in Germany where Forensic Architecture was investigating the death committed by a neo-Nazi, the report it produced was presented in the parliamentary enquiry. According to Varvia the report was dismissed by the Christian Democrat party as work from an an unserious "artist group", even though it had expert testimony from ballistic, fluid dynamics and acoustic experts.

"There is always a risk of being dismissed, but that is [proof of] not engaging with the work," concluded Varvia.

Image is by Mark Blower.