Researchers from China's Academy of Sciences claim to have developed a stealth laser weapon capable of burning targets nearly a kilometre away.

Renderings of the ZKZM-500 laser assault rifle appeared this week in the South China Morning Post, where the weapon was described as firing an invisible energy beam that could cause "instant carbonisation" of human skin and tissues at a range of 800 metres.

The article details the weapon's potential use in covert military operations, hostage situations and to counter "illegal protests".

It attributes the information to anonymous researchers who worked on the project at the Xian Institute of Optics and Precision Mechanics, a part of the Chinese Academy of Sciences (CAS). CAS, a government institution, is one of the largest and top-performing research organisations in the world.

The weapon is said to be ready for mass manufacture, following the production of a prototype at ZKZM Laser, a company owned by CAS.

According to the researchers, the weapon is generally non-lethal, but the pain it causes is "beyond endurance". Its beam is invisible and it fires silently.

"Nobody will know where the attack came from," says one researcher. "It will look like an accident." 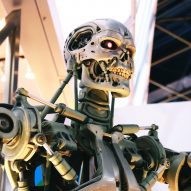 The article also says that basic information on the weapon was included in a technical document released last month on a government website.

The document classifies the gun as a non-lethal weapon, because it cannot kill in a single shot; it would need to be consistently fired at a person to burn a hole in them.

The government report suggests that one possible application for the gun is burning protest banners from a long distance, or setting fire to protesters' hair or clothing so that they lose "the rhythms of their speech and powers of persuasion".

The laser gun weighs just three kilograms and is powered by a rechargeable lithium battery pack similar to those found in smartphones. 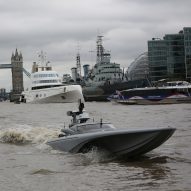 These specs have been met with scepticism by some scientists, who argue that it would take a much larger, more intensely powered weapon to sustain a laser beam strong enough to inflict damage over a long range.

This is because laser beams are attenuated as they pass through air, water and other substances.

"There's just no way that a laser powered by a lithium-ion battery that a person could carry would be capable of producing the kind of heat described at point blank range, let alone at 800 meters," wrote Devin Coldewey in an article in Techcrunch.

The South China Morning Post pre-empted some of this criticism, writing that the Chinese government had invested two billion yuan (£226 million) in the development of compact, powerful laser devices in 2015, and that recently US forces have complained about laser attacks from Chinese military bases causing "minor eye injuries".

Regardless of whether the gun is real at this point, China's focus on it suggests laser technology may be a frontier of weapons development in the coming years.

It takes some of the attention off autonomous weaponry — the rise of which has prompted tech leaders, including Elon Musk, to call for a ban on killer robots.

Image from a press handout from ZKZM Laser.