Museum collections are being hijacked by political agendas, argues Owen Hopkins, and the recent battle to acquire the Trump Baby blimp is proof.

There were two things in UK news last week that were hard to miss. The first was the Trump Baby blimp, which greeted the US president as he arrived in London. The second was the waistcoat-wearing England football manger Gareth Southgate, pondering his side's defeat in the World Cup semi-final.

One thing that connected these two otherwise unrelated stories was that both attracted the attention of museums. The Trump Baby had barely been brought back down to earth before institutions were lining up to add it to their collections, while Southgate's waistcoat was the focus of an improbable acquisition scramble between the Museum of London and the National Football Museum.

They are the latest examples of a seemingly ever-growing market for "designed" objects that have made an impact.

The V&A museum in London was one of the pioneers of this practice, and the first to explicitly codify it as "rapid-response collecting".

This approach to collecting is not only short-termist and intellectually lazy, but ultimately counter-productive

The initiative's stated aim is that "objects are collected in response to major moments in history that touch the world of design and manufacturing". This has led the museum to acquire objects as diverse as the first 3D-printed gun, the Pussyhat worn at the Women's March the day after Donald Trump's inauguration, and a T-shirt produced for the 2017 UK general election, which combines the Nike swoosh with the surname of Labour Party leader Jeremy Corbyn.

While not strictly part of the initiative, the V&A's recent acquisition of a section of the Robin Hood Gardens estate in east London and its subsequent exhibition at the Venice Architecture Biennale is very much in keeping with it.

The rationale usually given for these types of acquisitions derives from the idea that museums are no longer purely repositories of cultural memory and design excellence, but that they should hold a mirror up to contemporary events, be places of debate and perhaps even new kinds of public space. If one judges success in terms of media exposure, then the headlines museums are garnering are surely an indication that the approach is working.

Yet as this type of collecting becomes ever more prevalent, it seems that press coverage is increasingly becoming an end in itself – a useful shortcut to being relevant, accessible and even contemporary. And at a time when museum budgets have been stripped right back, it's usually far cheaper than most audience-engagement projects.

The thinking around collecting has to run much deeper

While headlines might satisfy museums' communications teams and are, of course, a nice boost to curators' egos, this approach to collecting is not only short-termist and intellectually lazy but, I would argue, ultimately counter-productive. If museums want to engage in contemporary events, issues and debates or re-position themselves as public spaces – both admirable and important aspirations – then the thinking around collecting has to run much deeper.

It's not just intellectual and cultural vapidity that should concern us. The absence of a clearly articulated and thought-through policy is also leading to contemporary collecting being gently hijacked by certain political agendas.

We don't yet need to be worried about the alt-right infiltrating museums, rather the reverse.

It's surely no surprise that museum curators tend towards white, middle-class, privately educated, with a left-liberal world view synonymous with the "metropolitan elite" which, as a London-based curator, I freely admit to being part of. The problem comes when museums' contemporary collecting so readily reflects this view of the world, which outside this cosy bubble is becoming ever more fractious and polarised. 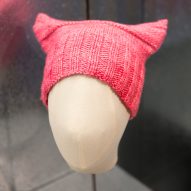 All the examples I have cited in some way reflect this left-liberal consensus.

Even something as comparatively neutral as the waistcoat is redolent of the sartorial contrast between the calm and considered leadership that Gareth Southgate showed during the World Cup, and the brash vulgarity of the American president with his baggy suit with oversized lapels. I doubt any museums would dare acquire Trump's suit (or one like it), even though it has much to say about notions of contemporary male leadership.

As far as solutions to this quiet politicisation of contemporary collecting, the most obvious is that museum curators should, in terms of gender, ethnicity and socio-economic background, be more reflective of society as a whole. Given that this is not going to change overnight, and perhaps not at all with unpaid internships still rife in the industry, the most immediate thing museums can do is to foster more debate, undertake more consultation and simply give more thought to approaches to contemporary collecting.

This is not meant to slow the acquisition process down – it's still good to collect quickly – but to avoid the Twitterisation of collecting, of being overtly reactive and opportunistic.

The way many objects in museums were acquired historically has often been problematic, and in many instances heavily linked to empire. It is entirely right and overdue that we are seeing campaigns that challenge museums to be more forthcoming and actively engage with these histories. But this work must not take place in a vacuum.

By clearly consulting on and articulating a contemporary collecting policy, museums can shed new light on these past practices: using the present to contextualise the past and vice versa. This also means looking beyond received notions of significance (still imbued with an avowedly modernist agenda, privileging originality, depth and integrity) and even above the single object, in favour of the real and and virtual networks in which objects now exist.

In today's polarising world, museums can and should be places that bring us together as a society, and where we can reflect on our shared cultural heritage. But if the present trend in contemporary collecting continues, the risk is that museums will further alienate those these acquisitions are apparently trying so hard to include.

To truly begin to assemble a collection that tells us something about our present moment, museums need to focus less on collecting headlines and more on collecting objects that rise above the one-liner. However amusing, the Trump Baby blimp simply doesn't.