Germany's national rail operator has announced plans to play atonal music in a Berlin station, in an attempt to deter criminal activity.

According to local paper Tagesspiegel, Deutsche Bahn plans to experiment with playing music at different volumes in Hermannstrasse station, to judge its effectiveness at driving away loiterers without upsetting passengers.

"Few people find it beautiful — many people perceive it as something to run away from," Deutsche Bahn's eastern regional manager Friedemann Kessler told the paper.

Atonal music is characterised by not having a key. Psychological studies have shown that, to non-expert listeners, listening to atonal music can raise blood pressure, and increase agitation and anxiety. The railway hopes that this will discourage people from lingering.

Hermannstrasse station is a known problem spot for crime, frequented by drug dealers and people who use drugs, according to reports. Members of Berlin's homeless population also use the station for shelter. 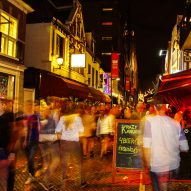 In October 2016, the underground station made headlines after a man was captured on CCTV kicking a woman down the stairs.

The experiment will begin towards the end of this year, with the hope of turning around behaviour that locals complain has been prevalent for some time.

Other stations use classical music

Stations in Montreal and London have also experimented with playing music in underground railways stations, in a bid to influence the behaviour of visitors.

But in both of these examples, classical music is played in an attempt to reduce antisocial behaviour. The thinking is that harmonious music helps to diffuse tension.

Deutsche Bahn's approach has more in common with hostile architecture, a form of urban design that seeks to deter people from using spaces or facilities in ways that were not originally intended. For instance, spikes set into surfaces to prevent homeless people sitting on them. 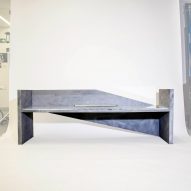 Leeds Beckett University graduate James Hughes created his own Hostile Bench, inset with spikes overlaid with transparent material, to provoke a conversation about hostile architecture and its adverse effects on homeless people.

But design can also be harnessed to influence people positively. In Eindhoven, crowd-behaviour experts have been experimenting with LED street lights to calm crowds that show signs of aggression, and using the scent of oranges to calm people who have been arrested.

Photograph is courtesy of Wikimedia Commons.