Light shines from both ends of this anodised-aluminium lamp, developed by Toronto-based designer Tom Chung for Danish brand Muuto.

Called Beam, the adjustable desk or shelf lamp shines light from two sources, one in each end of a cylinder shape, mimicking a single ray of light that travels through a round tube.

Thanks to its dual-ended design and 350-degree rotational base, the lamp can be set at a wide variety of positions. Meanwhile a clickable dimmer switch dial allows you to changes the intensity of both light sources to one of three settings.

"Two years ago I started my own studio in Toronto and this was the first product I designed," Tom Chung told Dezeen.

"I was renovating my parents house at the time and there was a bookshelf that I designed, positioned between the entryway and a double-height ceiling in the living room," he continued.

"We wanted to light both of these spaces without having to put pot lights in the ceiling. The idea stemmed from needing a two-way light that could light up into a high space and down into a lower space as well." 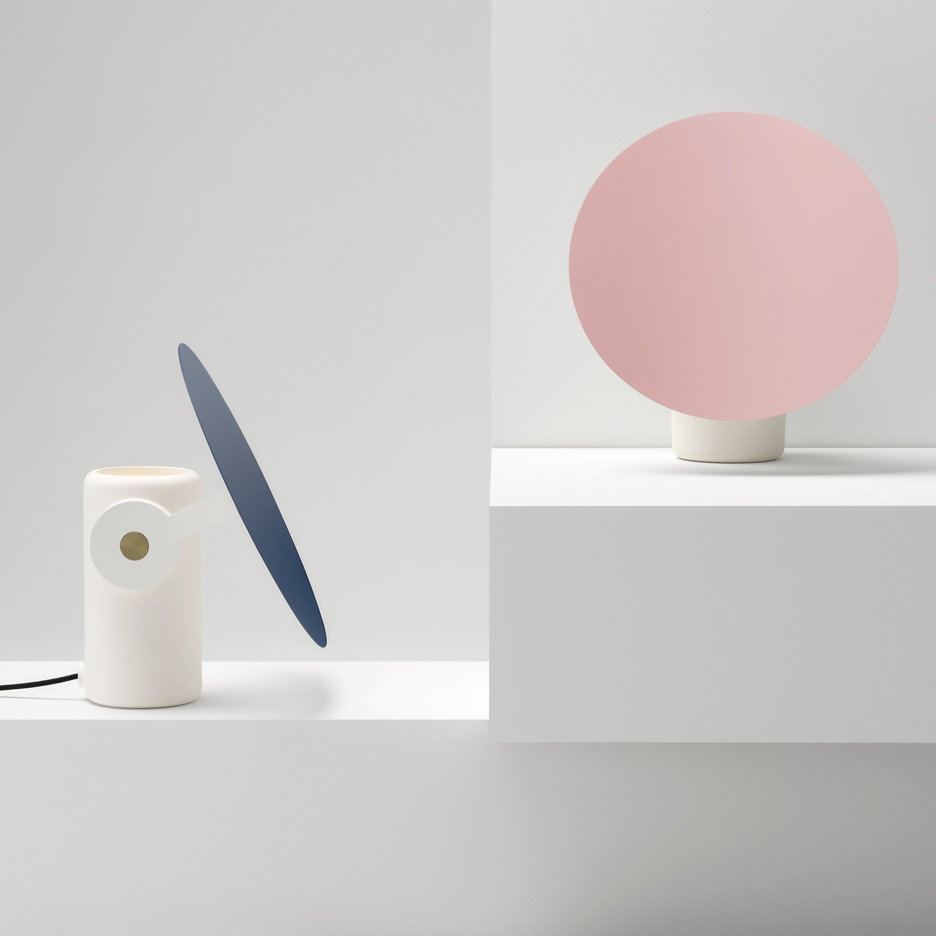 "At the same time I was also thinking of car headlights and how you can dim them. The original name for the light was High Beam," he said.

"So the idea was that you would have two light sources and you could actually switch between one and then the other while having the appearance that there is one continuous beam traveling through the cylinder."

The Beam lamp, which is available in aluminium, black, umber (a dark brown) and green finishes, features an anodised aluminium surface that creates a linear gradient around the cylinder shape of the design.

"We met Tom at Stockholm Furniture Fair two years ago, where there were a lot of Canadian designers," recalled Muuto design director Christian Grosen.

"I thought that his work stood out and we started to collaborate on this project. We're working on some new projects together also so you'll see more of his work in the future."

Beam is being presented at the Orgatec furniture fair in Cologne this week, from 23 to 27 October.

Other new products launched by the Copenhagen-based design brand this year include a collection of rugs which are designed to feel like pebbles underfoot, and a high-back sofa designed to create private spheres within large open-plan offices.