Milan 2016: Australian designer Ross Gardam has created a desk lamp with a mirrored shade that can be rotated to adjust light and shadow (+ movie).

According to the designer, the shape and movement of the lamp is based on the phases of the moon. The large circular shade is magnetically attached to an arm that extends from the base of the lamp, allowing it to pivot across the light source.

The ceramic base has been handmade using traditional slip casting and bisque firing, and is left unglazed. The disc-shaped shade comes in white, blue, pink and gold reflective finishes.

"Polar is an alternate archetype for a desk lamp in both form and functionality," said Gardam. "The gold mirror finish allows Polar to expand its functionality creating a lit place for reflection." 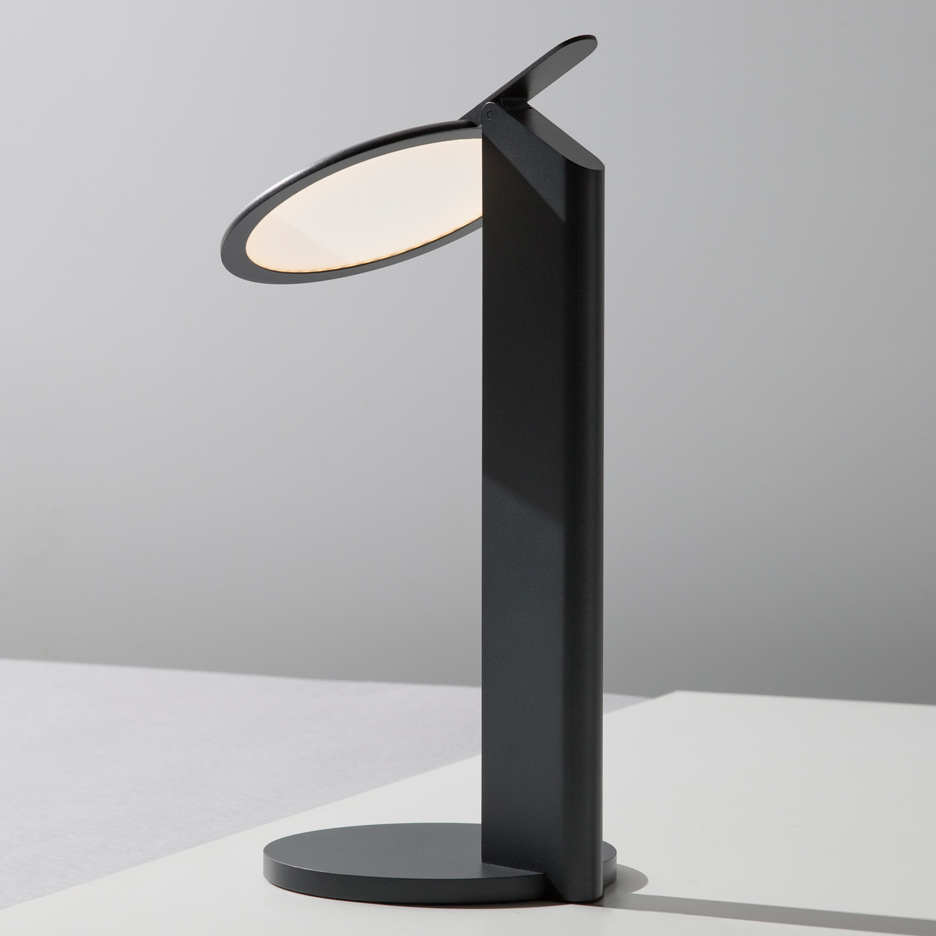 Simon Frambach's Nod lamp is based on pop-up car headlights

The lamp is a counterpart to Gardam's Aura desk lamp, which he designed last year. It features an anodised aluminium shade with a similar magnetic attachment that allowed it to be rotated 360 degrees to be repositioned.

The designer established his furniture and lighting studio in 2007, with a focus on using traditional craft techniques and local makers to produce many of his products.

The Polar lamp was launched in the Ventura Lambrate district of Milan, during the city's design week from 12 to 17 April 2016. Limited editions of the designer's Aura desk lamp were also shown alongside the new collection.

Ukraine designer Vasiliy Butenko incorporated a similar flat pivoting disc into his OOO desk lamp, which can be turned to adjust the light. Danish design brand Wrong For Hay has also released rotating lamps designed by Joel Hoff, which feature a base that can be twisted to adjust brightness.

Photography is by Haydn Cattach.