Companies that incorporate good design into their corporate strategies, as well as their products, benefit from increased productivity and market share, according to research by InVision.

The report, published this week by the design platform, suggests that a fully integrated design strategy is key to a company's success, over and above a large number of designers.

Those companies that deployed their design team well across all aspects of the business – the products they produce, in their corporate branding and in the design of good user experience – saw cost savings and an increase in revenue, the research found.

"We found that among the most design-forward organisations, design is well integrated into the product development process, with the senior team, and in the product roadmap," said InVision.

"The more an organisation embraces and integrates design practices, the more positive business outcomes it sees, including when it comes to product, position, profit and more."

InVision is a commercial platform based in the US. It is used by design teams to create digital products for mobile and desktop. It claims to have five million users, including 97 of the Fortune 100.

The company describes its new report, The New Design Frontier, as "the widest ranging report to date examining design's impact on business".

Of the companies surveyed, five per cent were identified as those benefitting most from an integrated design strategy, a group InVision calls Visionaries.

These companies are more likely to be involved in transportation and delivery industries. Examples include online loans company Blend, car dealership Carwow and Hiya, a company that protects smartphone users from unwanted phone calls.

Among Visionaries, all respondents said that the design team had a proven effect on product usability, with 92 per cent saying that it had increased revenue, four times higher than for other businesses.

Over half of the Visionaries surveyed said that good design had offered a proven increase on their valuation or share price. Eight-five per cent said that the design team has produced cost savings at the business, with nearly the same number suggesting that it sped up the time it took to get a product to market.

Visionaries tend to be smaller, with between one and 10 employees. They are fairly evenly spread across the world but a larger proportion can be found in EMEA (Europe, the Middle East and Africa) and the US.

Design practices can influence other aspects of the business

The research also suggests that design processes foster continual improvement that can be applied to other areas of a business.

Industries with the most room for improvement, according to the report, include education, non-profit organisations, retail, consumer durables and banking. A larger proportion of companies in these industries currently believe design "just makes it look good". 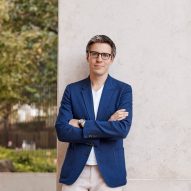 "When an organisation establishes the right conditions for design and makes room for it in core processes, the result is deeper customer understanding, bolder exploration and experimentation, and more informed decisions vetted through the continuous testing and learning process design enables," said InVision.

The report follows another published last year by management consultant McKinsey, which looked at millions of data points and conducted face-to-face interviews, but surveyed only 300 companies.

"This is the first study we know of that compares the design behaviours of thousands of companies around the globe, from small businesses to large enterprises, NGOs to the Fortune 500," explained InVision.

Like the McKinsey report, InVision suggests that design has become a senior management issue, particularly in the US where companies are 40 per cent more likely to have a designer at vice-president level than elsewhere.

"At companies with serious intentions to use design as a business-enabler, key partners, executives and employees are more involved in the design process," explained InVision.

Both McKinsey and InVision found that separating the design department from the rest of the business is a mistake, and the corporate design strategy must go beyond good-looking products and impact every aspect of the business.