Returning to the London Fashion Week catwalk after two years of digital presentations, Westwood sent models down the catwalk wearing aprons and tabards with anti-consumerist and climate change slogans.

The show happened at the same time as environmental action group Extinction Rebellion organised protests at several of London Fashion Week venue's to highlight the throwaway nature of the fashion industry.

At Westwood's Homo Loquax show models wore shirts with various anti-capitalist messages. One model wore a boxy t-shirt with a picture of Westwood printed on it holding a message that read: "We sold our soul for consumption. Press tell us what we want to hear. To hell."

Another wore a smock-style top with a cartoon joker on the front. A speech bubble coming from the joker's mouth read: "You think you own the world".

Other models also sent a strong message, with one wearing a sandwich-board-style tabard over a blue shirt that had the slogan, "Politicians are criminal" and "Bankers are evil" across the front.

While another model wore one that read: "All profit belongs to me, so long as you keep buying crap", alongside a sinister-looking figure called "Loans the banker".

The group of models, including activist Rose McGowan in a paper hat with the word Angel written across the rim, and the executive director of Greenpeace John Sauven,  chatted with each other as they walked the runway. 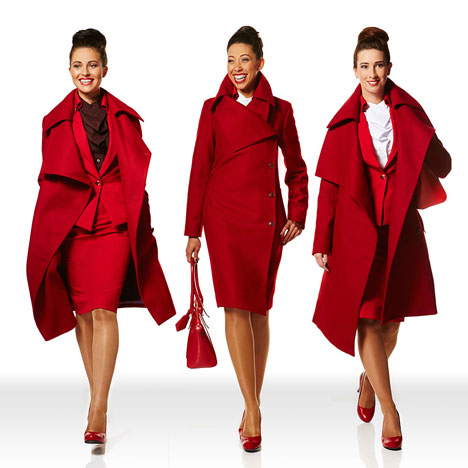 Many of the models carried microphones and stopped to make short speeches about the threat of climate change, consumerism and Brexit.

"It's time that we reshuffled the cards and dealt a new hand for the seven billion people living on earth, and the planet itself," said Sauven to the assembled crowd.

Unusually for a fashion show, models of all ages took part, some pausing to lie-down partway through the presentation.

Westwood also chose to blur the boundaries between the genders by showing men in dresses and denim mini-skirts.

At the end of the show, the group of models gathered on stage holding banners hanging on crossed wooden poles, reminiscent of protesters on a march. Westwood then told the audience: "Something has to happen this year."

The show took place on Sunday 17 February at St John Smith Square church in Westminster, close to the centre of the UK government.

There were simultaneous protests during London Fashion Week by environmental action group Extinction Rebellion against the throwaway nature of the fashion industry.

The stated aim of the group is that the government "tell the truth about the climate and wider ecological emergency, reverse inconsistent policies and work alongside the media to communicate with citizens".

In a statement, Extinction Rebellion confirmed they had meet with the British Fashion Council, which is partly government-funded, to discuss how to transform the fashion industry into "a force of cultural change".

"However, right now people are flying in from across the world to celebrate an industry that has fuelled and applauded our high consumption lifestyles," the statement read.

"We will swarm, using the platform of Fashion Week to raise the question 'what more can we do to tell the truth about the climate and ecological collapse and act on that truth?'."

A report by the Ellen McArthur Foundation published last year, found that clothing production has approximately doubled in the last 15 years, "driven by a growing middle-class population across the globe and increased per capita sales in mature economies".

The report, called A New Textiles Economy, also pointed out that people wear clothes for shorter periods before getting rid of them, fuelling the global clothing industry.

"Globally, customers miss out on $460 billion of value each year by throwing away clothes that they could continue to wear and some garments are estimated to be discarded after just seven to ten wears," the report stated.

The name of Westwood's show, Homo Loquax, refers to a lecture given by the American novelist Thomas Wolfe in 2006, which described how he calls humans "homo loquax" meaning "man talking" rather than "homo sapiens" which translates to "man reasoning".

Westwood has long championed anti-consumerism and climate change causes. Last year she contributed a poster to Visionaire magazine's open-access protest poster project that showed the areas of the world that will become uninhabitable if global temperatures continue to rise.