Architecture studio Volta has revamped an apartment within the Marcel Breuer-designed ski resort Flaine, adding a handful of Bauhaus-inspired details to its interiors.

Having already gone through a number of renovations, the apartment has now been redesigned by Paris-based architecture studio Volta to more closely reflect its "original spirit".

It's set inside the Cassiopeia apartment block in Flaine, a ski resort designed by Bauhaus-trained architect Marcel Breuer back in 1960.

The resort is located in the Haute Savoie region of the French Alps, and comprises of a series of pre-cast concrete buildings that are meant to complement the rocky backdrop of the surrounding mountains – it has previously been criticised because of its atypical alpine aesthetic.

"The strong will of the customers was to respect the Bauhaus spirit and its materiality as much as possible," the studio told Dezeen. 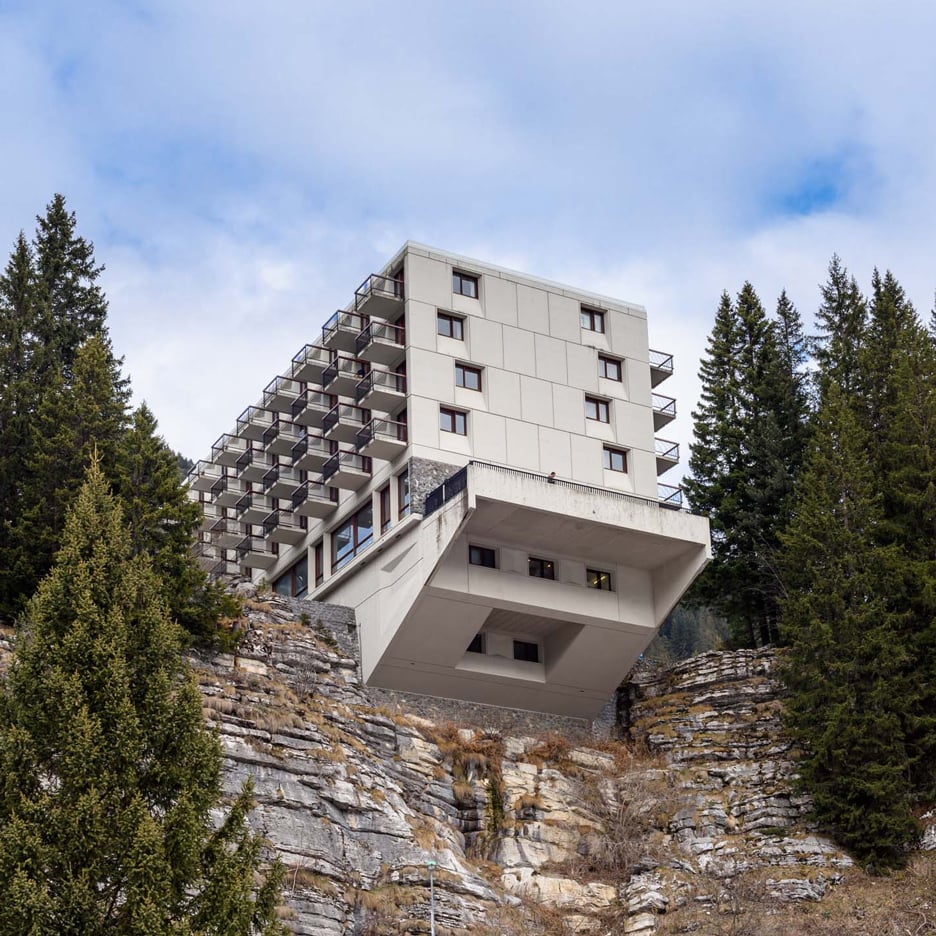 "The Bauhaus movement was predominant in the design of the project. It has influenced its history, its choice of materials and its furniture. The challenge was to revive its influences in a contemporary context."

In the south-facing living room, which overlooks the snowy slopes and mountain peaks, walls have been freshened up with a coat of white paint. An L-shaped blue sofa with mustard yellow cushions has been inserted in the corner, drawing on the primary colour-heavy palette of the Bauhaus movement.

Steel-framed armchairs akin to those designed by Breuer in the past have also been used to dress the space.

Slate floor tiles and a teakwood countertop have been fitted in the kitchen, which the studio hopes will help the space "meet the need for authenticity of a project in a natural environment". Terrazzo also lines the surfaces of the apartment's bathroom.

"Working in an environment as symbolic as Flaine was a real cultural treasure – [it was] a look back, an immersion in a strong page of the history of architecture," added Volta.

This is not the only Breuer building to undergo a change – the end of 2018 saw the renovation of the architect's Lauck House in Princeton. The current owners re-clad the home with cypress, rebuilt partitions that had been removed, and repainted it interiors according to Breuer's original colour scheme.

Last year Swedish furniture giants IKEA also announced that it was considering transforming a Brutalist building completed by Breuer in the 1970s into a hotel.

Photography is by Arthur Fechoz.