A down-tempo, electronica song by a Montreal singer informed the design of an all-white installation created by students in a studio led by Canadian architect Jean Verville.

Called B15, the installation is the final project for a graduate studio at Laval University School of Architecture in Quebec City, where Verville recently became a professor.

Verville also leads an eponymous firm in Montreal and is well-known for experimental projects such as a black-and-white apartment that tricks the eye and a fairytale-like cottage in the forest.

Poliquin met with the studio's 15 students to discuss her work methods and the "rhythms, sequences, nuances and variations" that characterise her artistic vision. She then composed a song specifically for the studio and charged the students with creating an installation to accompany it.

Over the course of the semester, the students conceived a small installation for a snowy clearing on campus. The temporary structure consists of 15 white-painted plywood blocks in various shapes and sizes, which can be combined to form different landscapes – some highly fractured, others more intact.

The students carried all of the pieces to the site by hand and tested out the different configurations.

"This stage led the group to work on in-situ adaptations of the elements, in order to explore the different assembly possibilities while preserving the installation's structural and formal characteristics," said Verville in a project description. 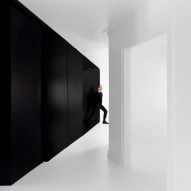 Canadian photographer Maxime Brouillet was brought in to document the work and capture "scenographic compositions" that revealed the versatile and expressive quality of the students' design.

Poliquin used the installation as a backdrop for a forthcoming music video, and it will also figure in album artwork. Four different configurations will be featured in total. A short preview is available online.

"The hypnotic universe of KROY becomes the source of impulse for this installation, resulting in a multidisciplinary experiment combining music, architecture, video and photography," said Verville.

In addition to providing architecture students with a unique experience, the studio supported Verville's ongoing mission to develop "interventions that contribute to the de-compartmentalisation of artistic disciplines".

Other recent projects by students include a robotically fabricated wooden bench by students in Vancouver and a woven pavilion that shelters archaeologists, which was designed by Swiss and Peruvian students. 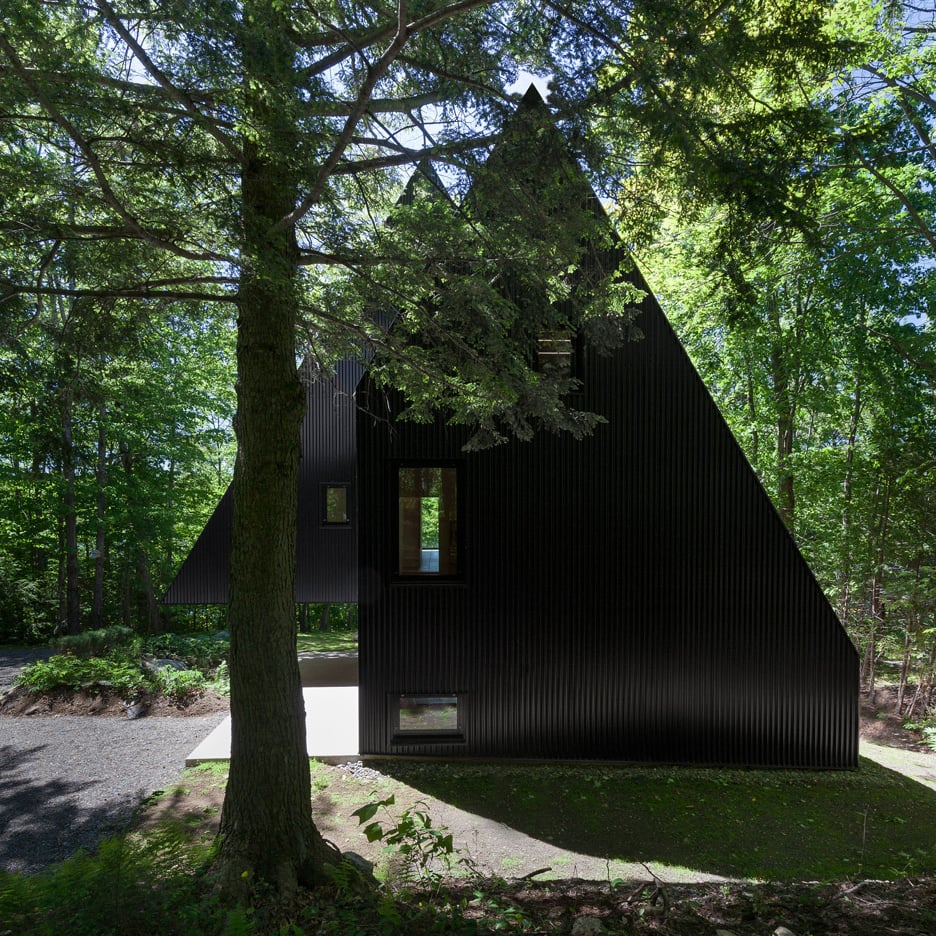