Olafur Eliasson, Neri Oxman and Ian Spalter are among the creators featured in the second season of Netflix docu-series Abstract: The Art of Design.

Abstract: The Art of Design 2 premieres Wednesday 25 September with six episodes dedicated to creators from various fields, including architecture, film and product design.

"The series goes inside the minds of the world's greatest designers, showcasing the most inspiring visionaries from a variety of disciplines whose work shapes our culture and future," said Netflix.

As with the first season, the creators in the second series have achieved major successes in their respective industries. 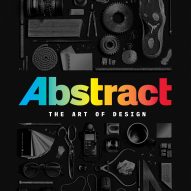 Icelandic-Danish artist and architecture Eliasson, whose installations often play with cognizance, has amassed a large portfolio of works that are currently the focus of major retrospective Tate Modern exhibit in London.

Bio-architect Oxman works at the intersection of design and biology, and heads the Mediated Matter Group, one of the best-known departments at MIT Media Lab. Hoefler is the founder of New York's Hoefler Type Foundry, and created the Macintosh computer fonts and the Gotham type used for Barack Obama's 2008 presidential campaign.

Carter won the 2019 Academy Award for Best Costume Design for the outfits she created for blockbuster movie Blank Panther, including an intricate collar and crown created using 3D printing. Spalter is the former head of design at image-sharing app Instagram, and behind its logo and design.

Netflix was founded in 1997 by Reed Hastings and Marc Randolph as a movie-streaming service, but has since started creating its own series and movies.