A chandelier crafted from chicken coop mesh and a leather stool made from fish skin are among the pieces showcased in this exhibition of Dutch designers organised by Ventura Projects and Colony.

The showcase presents the work of seven designers from The Netherlands at Colony's New York showroom, with each exploring unconventional fabrication methods.

It forms the latest showcase produced by Ventura projects, which is behind the annual Ventura Lambrate and Ventura Centrale during Milan Design Week. The company has brought a similar showcase to New York's annual design week in recent years – including a presentation of objects by 14 Dutch designers.

"As a whole, the presented collection is the result of experimental research where production methods directly influence form and function of the created objects without obscuring their beauty," the curators said.

Among the designs are a set of woven sculptural panels that design Rick Tegelaar creating using a 3D print-like technique that irons Colback fibres onto a non-woven Colback material. Another piece by Tegelaar, the Meshmatics Chandelier, moulds chicken wire to create a light fixture that reflects light in various directions.

Alissa + Nienke also designed panels, partitions, window coverings and sculptures that play with the movement of light. The studio researched the materiality of stainless steel for Mirabilia Metal, a surface that changes its appearance depending on one's perspective. 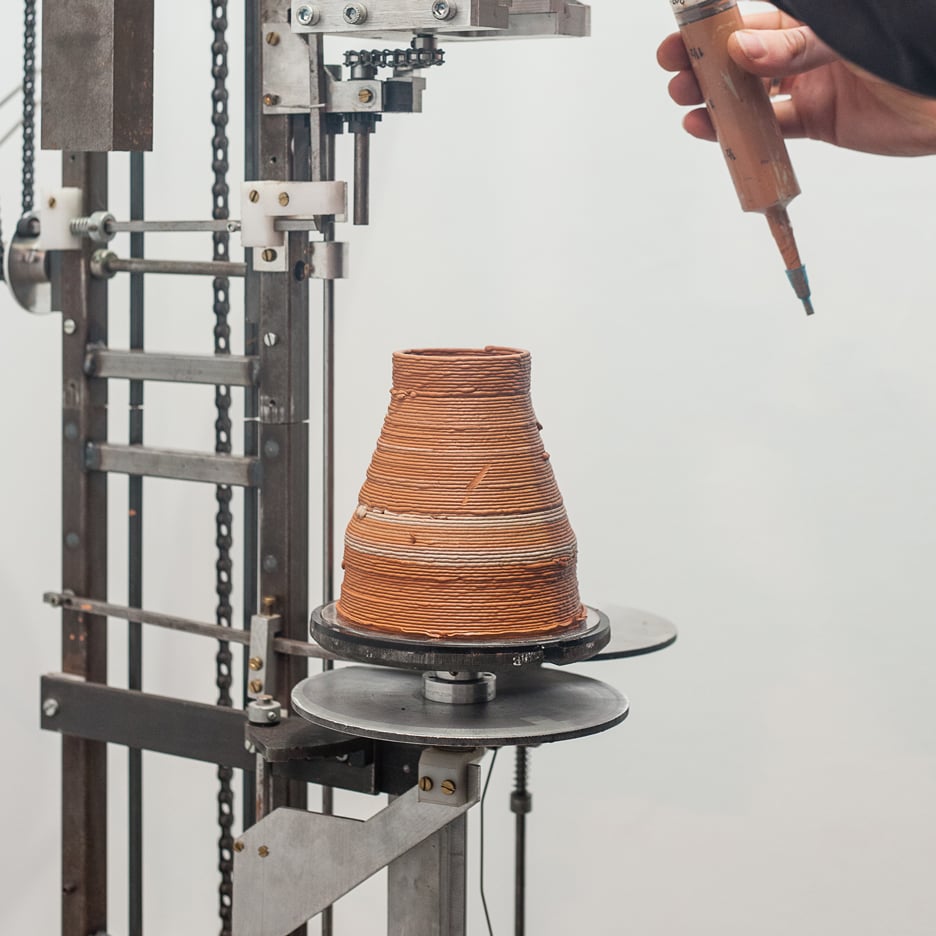 "The fold-out pattern catches light from all directions, creating a lively surface when you walk around it or move it," Alissa + Nienke said.

"Weaving is an ancient technology," Gaca said. "I like to honour the emotional, deeply human quality of woven textiles while constantly pushing the boundaries of the industry."

Blankets woven with mohair, linen and cotton that mimic the touch of skin by Nienke Hoogvliet also experiment with textile fabrication. She also used fish skins to create a tanned leather to upholster a small stool.

Aliki van der Kruijs, a textile designer by trade, showcases experimental ceramic work in the collection. The idea for Made by Rain porcelain came from her fabric of the same name, which uses the print of actual raindrops to create a pattern.

Dutch Design is on display at the Colony 324 Canal St, 2nd Fl in New York from 12 September to 20 December.

Colony is a design collective that was founded by trend forecaster Jean Lin in 2014. Previous exhibits have included a presentation of designers works hacked by artists, tapestries and home products, and a politically charged furniture and lighting installation.

Photography is by Jason Wyche.