Ingo Maurer – the German designer whose playful, unexpected creations earned him the nickname "poet of light" – passed away yesterday at age 87.

Over the course of five decades, Maurer re-conceptualised lighting design with his tongue firmly in his cheek, while being among the first to adopt the latest technical innovations from LEDs to OLEDs.

He died on Monday 21 October surrounded by family in his chosen home of Munich, where he has produced all his work since 1970.

Fuseproject founder Yves Behar wrote on Instagram that Maurer's "countless explorations about the magic and story of light will be deeply missed," while the team behind design brand Luminaire took to Twitter to mourn "a master of light, a dear friend, and a true visionary".

Deyan Sudjic, co-director of London's Design Museum, tweeted that Maurer was simply "the most inventive and creative lighting designer of the century".

Over the course of his career he won a slew of the industry's highest accolades, from the Compasso d'Oro to the Design Prize of the Federal Republic of Germany, as well as the title Royal Designer of Industry, which he was awarded by the British Royal Society of Arts.

Maurer was born in 1932, in the brief period between the first and second world wars, on a small island in Lake Constance called Reichenau.

"I think of myself as a weed," he said in what was perhaps one of his last interviews. "I just grew, and a weed always comes back up. I went to school for only six years because of the war. That was it."

From there, he completed an apprenticeship as a typesetter before studying commercial graphics in Munich.

In 1960, he escaped a divided Germany, living between New York and San Francisco for three years while working as a graphic designer and art director for a small advertising agency.

But his career didn't fully take off until 1966, when he created one of his most well-known designs. Bulb was originally conceptualised for an installation in Venice and consists of an ordinary lightbulb, engulfed within a larger glass orb to form a table lamp. 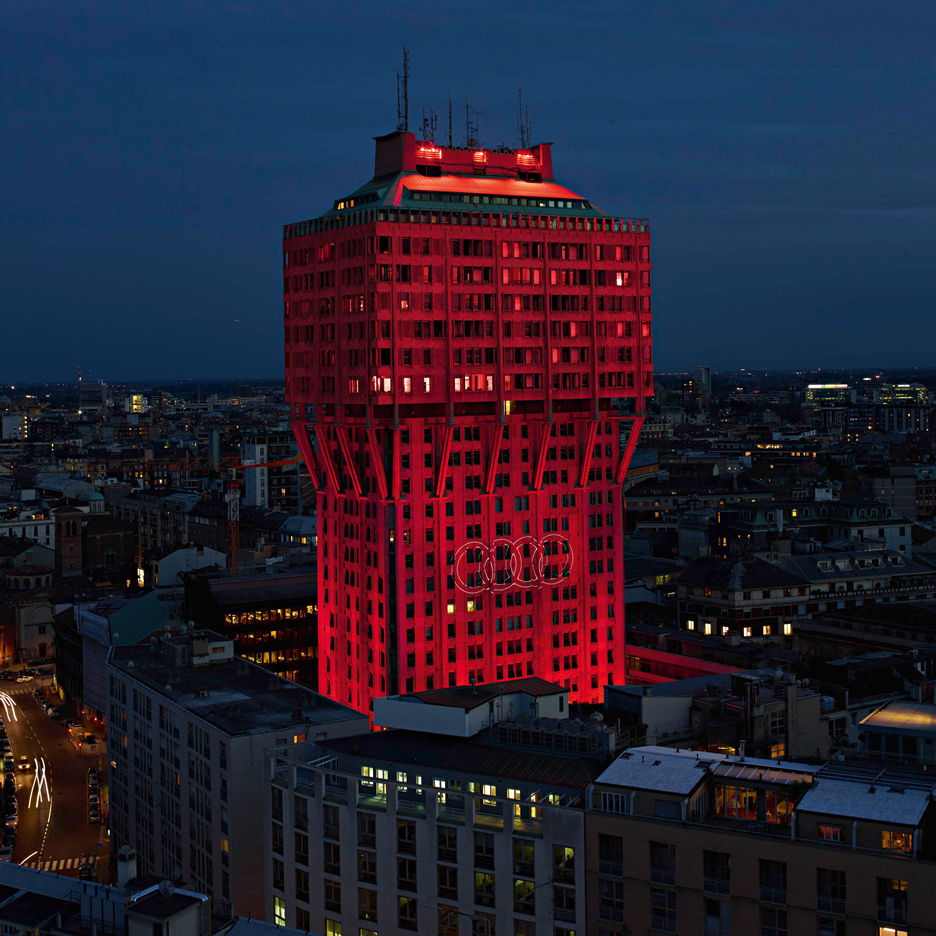 However it proved so popular, that Maurer went on to found his own production company that same year, in order to mass-produce the design.

The piece is still produced today by his 70-strong team in Munich. His wife Jenny Lau, who oversaw the business-side of the operation, died in 2014.

Bulb is in the permanent collection of New York's Museum of Modern Art (MoMA), alongside some of the designer's other seminal works, such as the winged lightbulb Lucellino, and Porca Miseria! a chandelier made from an assemblage of broken porcelain and crockery.

His work – which straddles art and functional design – has been explored through solo exhibitions at New York's Cooper Hewitt Museum and the Stedelijk Museum in Amsterdam among others.

Beyond his commercial lamps, Maurer also created large-scale lighting installations, for example for Issey Miyake's 1999 fashion show in the Parc de la Villette, the atrium of Lafayette Maison in Paris and the Torre Velasca in Milan.

Maurer worked up until the end of his life, explaining in an interview with the Goethe Institut: "Although I sometimes would really like to pack it all in because I have the feeling that it's all getting to be too much for me, I then think about all those employees, so many of whom have been with us for so many years."

"When I founded the firm, I took on a great responsibility for these people and I want to support and advance the company as long as I can," he continued. "Afterwards, they'll have to do without me, but I'm very confident they will manage."

His final installation, a sweeping chandelier made of more than 3,000 silver-plated leaves, was completed in Munich's Residenztheater on 18 October, just days before his death.

"The company was his family, and so we always felt," his team shared on Twitter.