Paris has unveiled a gold-medal-shaped emblem for the 2024 Olympics and Paralympic Games that incorporates the Olympic flame and the lips of Marianne.

The logo has been created as a combination of three symbols connected to the Olympics and France. It takes its shape and colour from a gold medal – awarded to the winners of each event during the Games.

Cut out of this gold circle is a white flame-shape to represent the Olympic flame, which burns throughout the event, while a pair of golden lips represent Marianne – a representation of the Goddess of Liberty that is often used as a symbol of the French Republic.

"The combination of the gold medal, the Olympic flame and Marianne brings together the values, history and French touch that will make these Olympic Games truly special," explained Pierre-Olivier Beckers-Vieujant, International Olympic Committee Coordination Commission chair for the Olympic Games Paris 2024.

"I believe that this innovative design will be quickly recognised around the world and be a wonderful calling card for the Olympic Games Paris 2024." 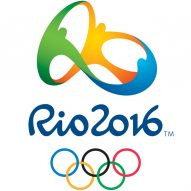 The best and worst Olympic logo designs since 1924

According to the organisers, Marianne was incorporated into the logo to demonstrate that the "Games will be Games for everyone", while also being an acknowledgement that the first Olympics in Paris was the first that women could compete at.

"Her face is also a homage to female athletes and a nod to history, as it was in 1900 at the Olympic Games in Paris that women were first allowed to compete," said the Olympic organisers.

In recent years each edition of the Olympics has had an official logo, with a calligraphy-inspired logo set to be use at Beijing 2022 Winter Olympics and a chequerboard design for Tokyo 2020.

Meanwhile Rio 2016 had the first 3D logo in the history of the Games.

Preparations for the 2024 Olympics are well underway with Populous and Egis masterplanning the venues for the Games. The medal for the Games are being designed by Philippe Starck.