Italian timepiece manufacturer Lorenz has relaunched a clock that was designed by Richard Sapper in 1960 to utilise mechanisms salvaged from second-world-war torpedoes.

The German-born designer created the Static clock when he was just 28 years old. It won the prestigious Compasso d'Oro design award in 1960.

The founder of Milanese company Lorenz, Tullio Bolletta, commissioned Sapper to design the timepiece using electro-mechanical movements taken from torpedoes that were discarded at the end of the second world war.

Bolletta had purchased a railway car containing around 1,000 of the mechanisms, and asked the designer to develop a clock around these large, battery-powered movements.

Tullio's grandson, Pietro, is behind the relaunch of the updated version, which he said was prompted by regular inquiries from customers around the world who wanted to know where they could buy it.

"Static is an iconic product for our brand and its special design helps to distinguish us in today's timepiece market," Bolletta told Dezeen. "We are convinced that a person with a Static on their table declares a passion for good design and unique products."

The unusual table clock features a cylindrical housing with a counterweight and a flattened section at one end that enables the clock to right itself if it is tipped over.

The playful design appears imbalanced, with the dial seemingly floating a long way from the small contact point that rests on the table surface. The angled dial and glass protrude from the body so the clock seems to reach out towards the user. 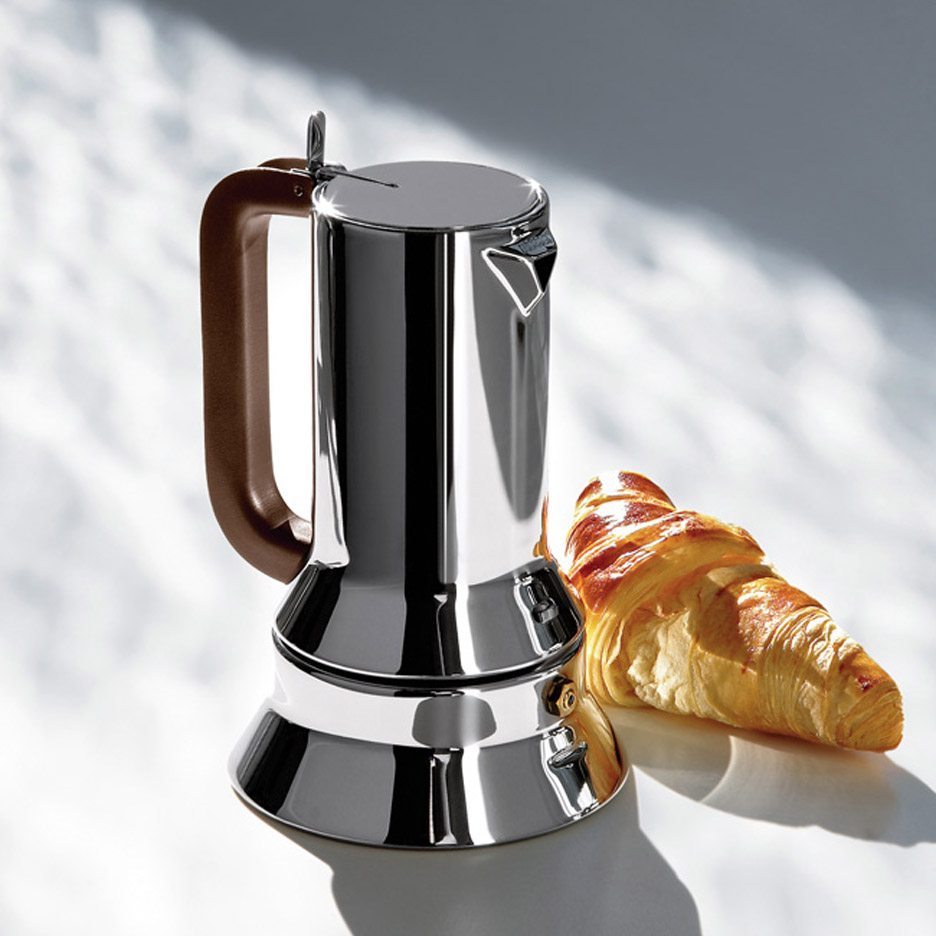 In a book about his career published by Phaidon in 2016, Sapper described the Static clock as "difficult to make", because the internal mechanism could only be accessed from the front of the single piece of turned metal.

"Then it has this flat spot, which is cut into the volume for the clock to rest on the table," he added. "When you tip the clock over, it would roll on the table until it found the flat part, and then it would stand upright again. So that was 'the game' of that clock."

The Static clock was the first significant commission Sapper undertook on his own. He developed it at home in his apartment, while also working at at the office of renowned Italian architect, Marco Zanuso.

The clock helped establish Sapper's reputation, leading to further commissions from the likes of Siemens, Brionvega, Artemide, Knoll and IBM.

He also created several iconic products for Italian brand Alessi, including a harmonic whistling kettle and a set of espresso makers that Alberto Alessi discussed in a series of films made by Dezeen. 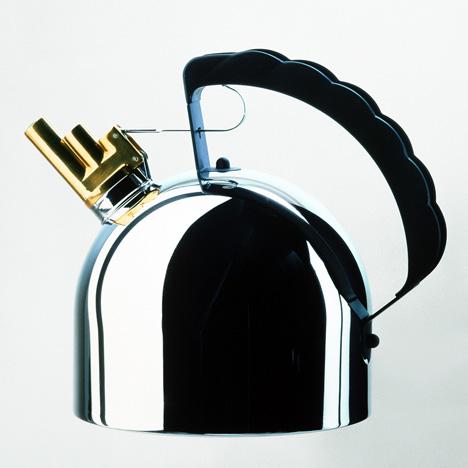 Richard Sapper "wanted to design a multi-sensorial kettle" for Alessi

In order to achieve the same high standards of materials and manufacturing embodied in the clock's original design, Lorenz sourced a new movement from Germany and commissioned local producers to develop the other parts.

"It took almost two years to identify small manufacturers in the surroundings of Milano that could satisfy our needs in terms of quality, flexibility and production capacity," Bolletta pointed out. "All 13 of the new components used to make the Static clock are made in Italy."

In addition to spending several years re-engineering the product, Lorenz developed a dedicated online shop where customers can learn about the history of the clock and purchase it.

The relaunch of the Static clock reflects the enduring popularity of Sapper's work and his influence within the industry.

Following his death in 2015, leading contemporary designers posted tributes on social media featuring objects such as the Tizio lamp he designed for Artemide, and the nipple-like TrackPoints from his iconic ThinkPad computers.

A website dedicated to Sapper's work and design legacy was launched in 2013. In an interview with Dezeen at the time, the designer described how he turned down a chance to work at Apple, and gave his opinion on how commercialism has negatively impacted design's evolution.