Social Design Collaborative has created ModSkool, a modular anti-eviction school for farming communities in Delhi that can be quickly dismantled if the settlement is demolished.

ModSkool is made of cheap materials such as bamboo and local craft techniques such as charpai weaving.

The concept was developed after a school for 200 children in a settlement close to the river Yamuna was declared illegal and demolished.

In response, the community approached Social Design Collaborative for a structure that could be rapidly demounted, "before the bulldozers could arrive on ground to demolish it," explained the studio.

This community of farmers has been living in the area since the colonial era, before the modern city expanded.

"If the farmers are really the squatters or if the city is squatting on their farmland, is a debatable issue," Social Design Collaborative founder Swati Janu told Dezeen.

First built in 2017, the ModSkool has already had to respond to issues of land ownership and was recently moved and re-built in a new location.

Social Design Collaborative created the school in collaboration with the squatter community.

This frame is clad with bamboo, reclaimed wood and dried grass – all materials commonly used to build homes in the area.

The exterior of the school is a series of rotating bamboo screens, allowing the classroom to be completely opened up to provide natural ventilation.

A simple pitched roof of corrugated steel is raised above the walls of the school, making gaps for ventilation and protecting it from heavy rainfall.

Students, staff and the local community helped construct the school in under three weeks.

After a year of operation the school was forced to relocate further south of the river.

While the steel structure was maintained after its move, it has been re-clad with new materials and techniques distinct to its new location. 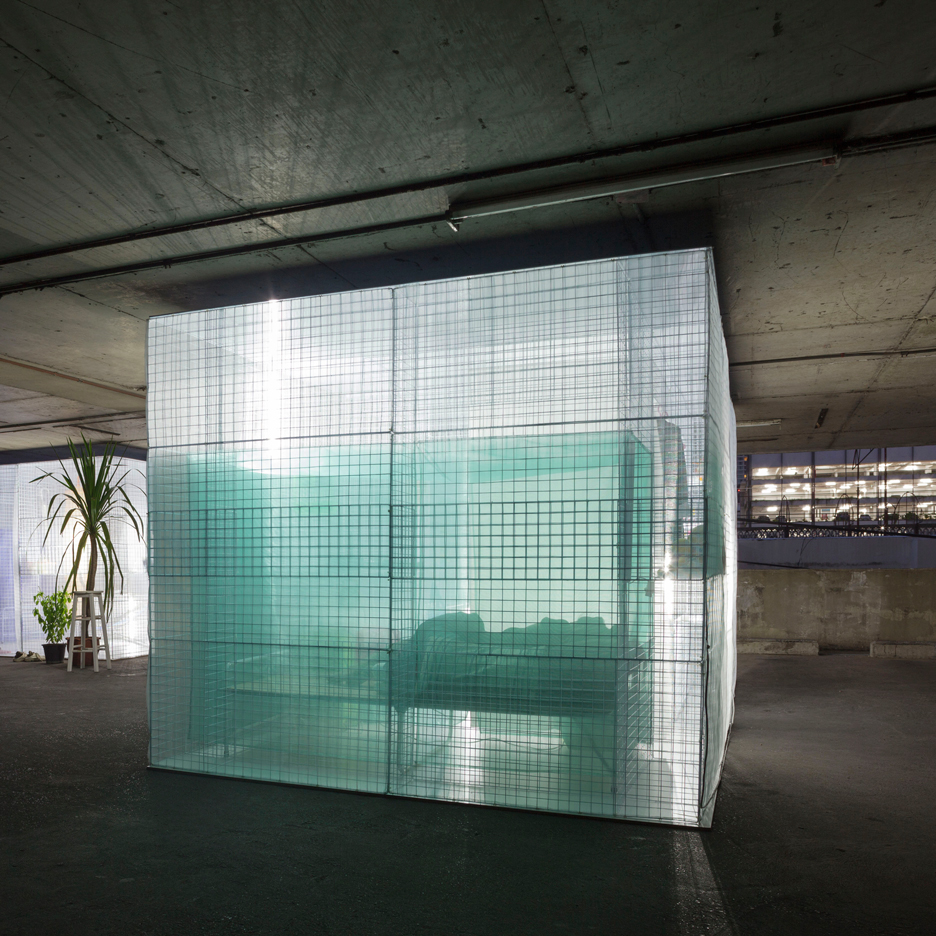 This includes the charpai weaving technique, which was used for a decorative upper-section for the school's rotating screens.

"Not only was this approach the most affordable and employed local skills, it has also helped create a sense of ownership and pride within the community,"  said the studio.

"They saw their building materials and processes adopted in creating a sustainable school for their children."

Social Design Collaborative was founded by Swati Janu, and focuses on a community-driven approach to architecture, art and urban design.

Particularly when working in rural areas affected by high levels of poverty and poor access to education, many designers create modular structures that can be easily built by the school children who will use them.

In Cambodia, Orient Occident Atelier designed a school based around a modular steel structure that doubles as a climbing frame.

Indian practice Nudes recently proposed a concept for a secondary school in Malawi built out of straw bales.