September's Maison&Objet interior design fair has been postponed and will instead take place online, while Paris Design Week is to go ahead.

The bi-annual Parisian fair announced that a digital fair from 4 to 18 September will replace the physical event, which was due to be held at Parc des Expositions de Villepinte in the north of Paris, due to uncertainty over coronavirus.

"Although there are encouraging signs of the pandemic beginning to decrease, we believe there are still far too many uncertainties regarding the travel conditions for international exhibitors and visitors," said Maison&Objet's managing director Philippe Brocart.

"Furthermore, the lack of clarity regarding the ability to hold large gatherings in early September in France has played a major part in influencing our decision to call off the September edition of Maison&Objet, despite the fact that 80 per cent of stands had already been reserved by April 2020". 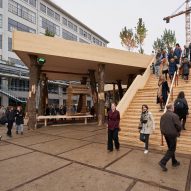 The annual Paris Design Week, which is organised by Maison&Objet to coincide with the fair, will go ahead from 3 to 12 September.

Maison&Objet's digital fair will consist of digital product launches via its MOM online platform plus a digital talks series.

The news of the digital fair follows Dutch Design Week's decision to replace its larger events with online content this October, while Milan's Fuorisalone organisation is this week holding a digital version of the ad-hoc events that take usually place alongside Salone del Mobile, which has been cancelled. 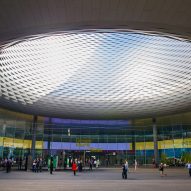 Coronavirus has had a devastating impact on global architecture and design events, with most fairs, festivals and conferences postponed or cancelled in the first half of the year and many events scheduled for September and beyond changing their plans.

Maison&Objet will next take place from 22 to 26 January 2021. For an up-to-date guide to events taking place this year, visit Dezeen Events Guide.