Design London, the fair formerly known as 100% Design and a key component of September's London Design Festival, has been cancelled due to coronavirus.

The news comes days after London Design Festival announced it would still go ahead but with a much-reduced programme focussing on local events.

Organiser Media 10 announced that this year's Design London will not go ahead on the fair's website.

"After careful consideration, it is with great regret that we announce the postponement of the launch of Design London to 22-25 September 2021," it said.

"Postponing to next year means that we can deliver a launch show that doesn't compromise what we had originally set out to deliver and achieve." 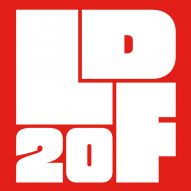 100% Design, London's longest-running design show, was launched in 1995 but rebranded as Design London earlier this year.

This year, the fair had been due to relocate to Magazine London, a new venue in North Greenwich. The purpose-built venue is part of the emerging Design District on the Greenwich Peninsula in south-east London.

The cancellation follows similar announcements from other autumn design events. London Design Biennale and London Design Fair, which were both due to take place during London Design Festival, have both been postponed.

Paris interiors show Maison&Objet will take place online only this September while October's Biennale Interieur in Kortrijk has been postponed to 2021. The rescheduled Light + Building fair in Frankfurt, which was postponed from February to September, has been cancelled and will next take place in 2022.

Art Basel and Design Miami/Basel, both initially pushed from June to September, have been cancelled.

Dutch Design Week announced that this year's event will go ahead in October, but with the major public events replaced with digital versions. Finland's Habitate fair has been postponed from September to 25 to 29 November.