The president and CEO of Autodesk has responded to criticisms of its Revit software, admitting improvements "didn't progress as quickly" as they should have but rejecting claims it is too expensive.

Writing on Autodesk's website, Andrew Anagnost issued a point-by-point response to an open letter signed by 17 major British architecture firms, who complained that the building information modelling (BIM) software was costly yet underdeveloped.

"Many of you are aware that Autodesk received an open letter from several of our architecture customers sharing their thoughts about the pace of Autodesk Revit development, among other concerns," his post began.

While conceding there are "some areas where we need to improve and take steps to fix," he added: "In the interest of a full but respectful exchange of ideas, there were several assertions in the letter where I disagreed."

Anagnost promised that investing in developing the software was a top priority, and insisted that switching to the pricier subscription model needed to happen to facilitate this.

He offered to share the details of its new BIM platform that will be "centred on a common data environment" with its customers under a non-disclosure agreement.

The company has only been able to invest in this new platform because of switching to the subscription model, he said.

"Autodesk spends more on research and development now than it has in its entire history," said Anagnost.

An Autodesk representative responded to the open letter in late July, calling the concerns a "top priority", but the CEO took several weeks to publish his response.

"Our architecture functionality didn't progress as quickly as it should have," Anagnost wrote.

"At the beginning of this year we significantly increased our engineering investment in Revit Architecture, and I am committed to continuing that investment into the future," he continued.

Software not responsible for low profits

But Anagnost pushed back against the claim that the cost of Revit, which architects use to create digital 3D models of buildings, is hurting architects financially.

"I am completely sympathetic to the challenges of running a profitable architecture practice in difficult economic times, particularly during the pandemic," he said.

"There are many significant pressures on the profitability of our customers' practices, including intense fee competition, incursion by builders and other disciplines, and the increasing complexity of design. But the price of Autodesk design software is not a comparable influence." 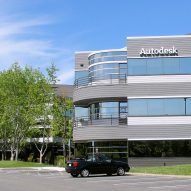 Anagnost used the architecture firms' own revenue data to rebut their claim.

"We examined the 2019 revenues of the 17 firms that signed the open letter to us and compared those numbers with the expense of Autodesk software.  The resulting costs averaged 0.63 per cent of revenues," he wrote.

"We realise that Autodesk expense is not the only aspect of software costs and that architectural practice margins are tight and managing any cost is important," he added.

"But these numbers are far lower as a percentage than, for example, our cost of Amazon Web Services and Microsoft enterprise tools, the 'mission critical' platforms that drive our revenue, and certainly reasonable for tools that are at the centre of the daily work of architects."

Autodesk's CEO also used the 17 firms' purchase histories to refute their argument that the software was becoming increasingly pricey.

"No one has ended up paying Autodesk anything near 70 per cent more than they did in the past for the same level of usage suggested in the open letter," he said.

"The five-year purchase history for Revit, Suites, and Collections of the 17 firms that signed the letter illustrates this well. Over the last five years, these firms would have paid Autodesk more had they purchased the same number of licenses as perpetual with yearly maintenance."

"Our analysis included only small annual price increases for maintenance that were typical before the maintenance to subscription program."

In 2017 Autodesk switched from a perpetual licence model, where its customers paid a one-off fee then a yearly maintenance fee, to a subscription model that spreads the cost over several years.

"While it is true that our multi-user prices have increased in anticipation of the end of perpetual licensing, no customer has paid Autodesk dramatically more for the same level of usage in the last three to five years than they did in the past," claimed Anagnost.

However, customers with a steady number of subscriptions will see their 10-year costs increase.

"For that reason we know we have an obligation to deliver increased value over the long term," said Anagnost. "We are committed to doing just that."

Autodesk's CEO apologised for not being clearer with communication during the switch in payment models but insisted that the company was investing in improving its software.

"I am confident that we will delight all our architecture, engineering and construction customers in the years ahead and I am committed to doing just that."

Autodesk is an American software company that is best known for developing the computer-aided design (CAD) software AutoCAD. It also owns the 3ds Max and Maya animation programmes. It acquired Revit from Charles River Software, the company that developed the software, in 2002.

The portrait is courtesy of Autodesk.