Amanda Levete's firm AL_A is partnering with Canadian energy company General Fusion to design a pioneering power plant that will use nuclear fusion.

The prototype plant will act as a demonstration facility for the technology, which uses hydrogen as fuel, with onsite facilities for experts and the general public to visit.

"General Fusion wants to transform how the world is energised by replicating the process that powers the sun and the stars," said AL_A.

Renders show a circular facility with the reactor in the centre ringed by a viewing gallery.

Magnetised target fusion could be a sustainable alternative to burning fossil fuels as it just requires hydrogen as a fuel and emits only helium as a waste product.

"A fusion power plant runs on deuterium and tritium, isotopes which can be extracted from seawater and derived from lithium."

Magnetised target fusion involves taking a ball of molten lead-lithium contained in a sphere. Hydrogen gas is ionised to form plasma – a heated gas with the electrons stripped away. 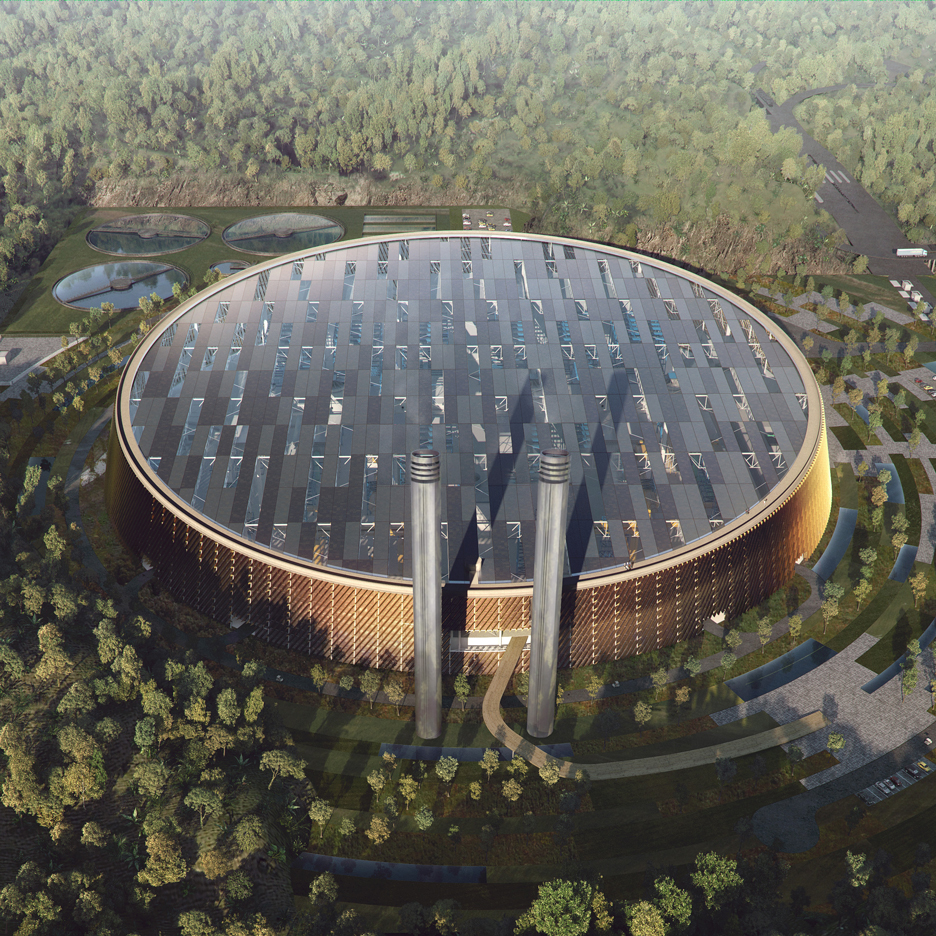 Magnetic fields are used to confine the fusion fuel – hydrogen – in the form of plasma. Plasma is the same high-energy state of matter that the Sun and other stars are formed of.

The plasma is injected into the ball of lead-lithium. Pistons arrayed around the sphere push inwards on the metal, squeezing the plasma and creating the conditions for nuclear fusion.

Fusion energy heats up the lead-lithium, which is put through a heat exchanger to heat water and create steam to turn a steam turbine and create electricity.

"The prototype demonstration plant is a statement of belief in a greener, better future," added AL_A.

"It will be a building that is not only highly efficient but which captures the technological optimism of fusion to solve the energy problems of the world."

AL_A was founded by British architect Amanda Levete in 2009. Recent projects include Lisbon's MAAT museum and an underground exhibition hall for London's V&A museum. The firm is one of several major practices to pledge to confront climate change as part of Architects' Declare.

This week, photos revealed the new waste-to-energy power plant designed by BIG in Copenhagen, which features a dry ski slope and a climbing wall.