Located at the University of Bío-Bío in Concepcion, INES is designed to inspire the creativity and imagination of its occupants.

Chilean architects Mauricio Pezo and Sofia von Ellrichshausen hoped to do this by showing how a simple multi-storey building can become spatially complex.

Circular openings in the centre of each floorplate provide vertical views through the building, while curved walls frame separate rooms in all four corners.

All six storeys are slightly different, as the proportions of the circles gradually shift from floor to floor.

The effect is emphasised by a uniform materiality – the entire building is made from red pigmented concrete, which is visible both inside and out.

"This is an apparently simple, stable and regular building that contains an unexpected and exaggerated interior," said Pezo and Von Ellrichshausen.

"This is the world of innovation," they continued, "a continuous, fluid and open space that conceptual and physically translates the creative processes of academic practice."

Despite the apparent rigidity of the design concept, the building contains a variety of different spaces.

Each floor has its own open workspace, designed with group collaboration in mind. Thanks to the central void, these spaces are all visually connected.

The oak-lined corner rooms have a very different feel. As they vary in size, they can be used for a variety of functions, such as meetings, exhibitions, workshops or simply for storage. 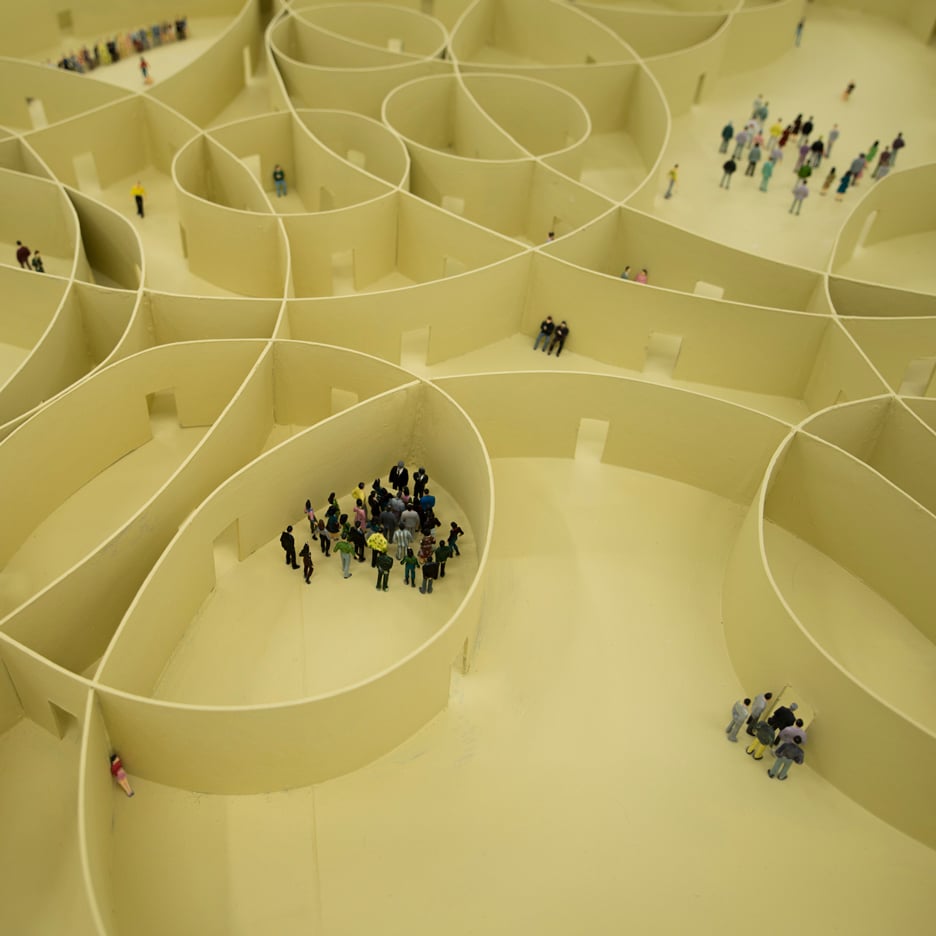 Pezo von Ellrichshausen designs a building made up of 100 circles

With this arrangement, every room in the building has windows facing in at least two different directions.

Carefully calculated geometries are a common feature in the work of Pezo and Von Ellrichshausen, and circles in particular.

The pair previously unveiled a concept for a megastructure built from 100 overlapping circles. They followed this up by building a smaller version at the Venice Biennale in 2016.

Here, the circles offer a counterpoint to the horizontality of INES's concrete floor plates, which extend out beyond the building's walls to give depth to the facade.

Semi-circular openings puncture these overhangs, offering a hint of what can be found within.

Each opening is carefully positioned, allowing sunlight to penetrate deep into the building's centre, while also ensuring that the corner rooms are adequately shaded.

"This kind of virtual extension, specially visible at dusk, might be understood as the imaginary projection of the creative people who will occupy these rooms," said the architects.